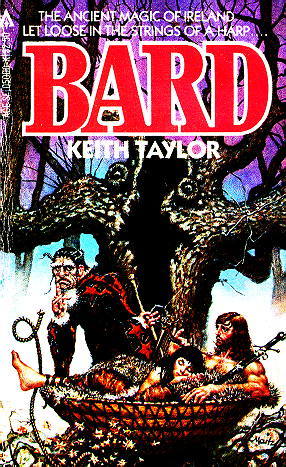 St. Patrick’s Day falls on a Monday this year. That just ain’t right. I wonder what the lost productivity will be Tuesday, calculated in dollars. Yes, in dollars: I am perfectly well aware that St. Patrick’s Day is primarily an American holiday, that in Ireland if you asked the man on the street on the 17th what day it is he’d answer “It’s Monday.” I discussed this once with a bartender in Dublin and he told me the celebrations are increasing every year but only to cater to visiting Americans.

I don’t imagine I’ll do much to commemorate the day. Go beat up a snake, perhaps. Likely stop in for one Irish Stout on the way home. Then maybe pick up “The Last Rainbow” by Parke Godwin, a fantasy novel about St. Patrick. I read that when it first appeared in paperback, nearly thirty years ago. Could be time to revisit the book.

And what a great time period and location to set a novel: Dark Ages Ireland and Britain, post-Roman and pre-Viking. The history is murky, the entire island from our perspective seeming shrouded in legend. So why not toss an actual historical figure into the mix?

So, anyone have big plans for St. Patrick’s Day? Any great stories from previous celebrations, at least stories you can share publicly?

And by the way, happy birthday, Tony.