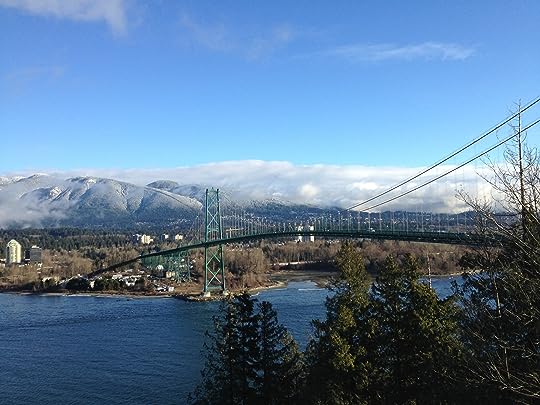 Happy New Year’s Eve to you all from sunny Vancouver, British Columbia. Yes, sunny. I just peeked out through the curtains of the hotel room and that is indeed blue sky.

The drive up from Portland was in constant, pounding rain. It did not bode well for the rest of the trip. But come the morning, the weather cleared and we’ve had beautiful, but frigid, weather.

It has been thirty years since I spent any significant amount of time in Vancouver. It no longer resembles my memories of the place. All to the good, I suppose.

MBW enjoyed the view over Lions Gate Bridge. The HA adored the aquarium. But then, she always has. She’s an aquarium junkie. This particular aquarium includes an Amazon exhibit, so along with fish she got bonus marmosets. 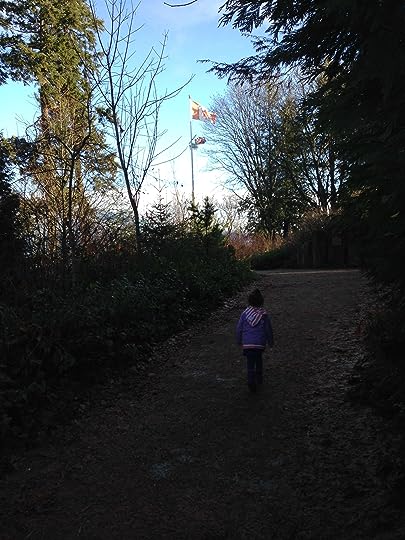 The beer is good. I mean, British Columbia is still the Pacific Northwest, national border or no, so of course the beer is good. Speaking of beer: What the hell, B.C? I wanted to put a few brews in the hotel room refrigerator, but the nearby stores don’t carry beer. Apparently, outside of certain rural areas, one must purchase beer at liquor stores. Frankly, this is barbaric. I expect better of a civilized nation. I ended up buying a couple of bottles from the hotel bar. Something called Alexander Keith’s India Pale Ale, which bills itself as the Pride of Nova Scotia. Honestly, Nova Scotia, unless you take pride in producing an IPA sans hops, a beer that tastes more like a sessionable Scotch Ale than an IPA, I’d look for something else to hang your toque on. 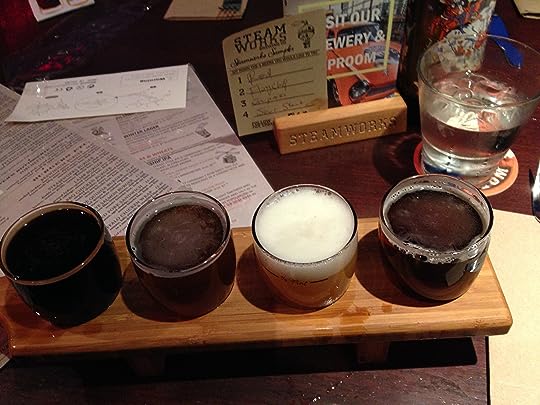 See? You get vital travel advice and trenchant political commentary from this web log.

Now, time to find a family friendly, early New Year’s Eve event. Those of you still in possession of the domestic logistics to stay up until midnight, enjoy the ball drop for me. 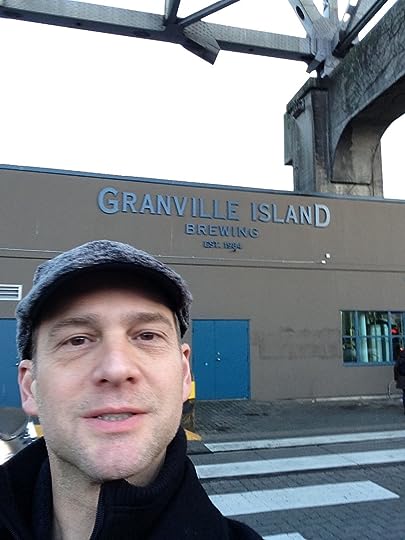