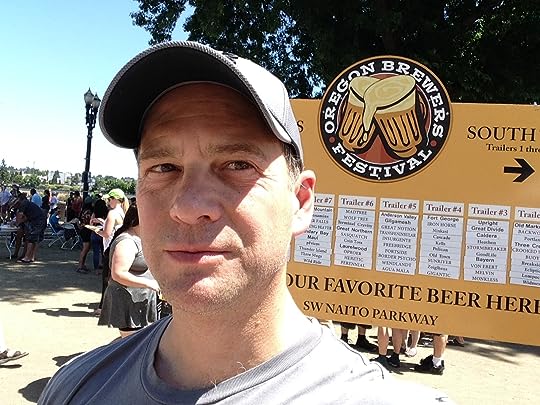 Last full weekend of July. And that means: The Oregon Brewers Festival. The family and I made the trek to the Portland waterfront. The HA frolicked in the fountain while I wandered a few blocks away for a bit of frolicking of my own. The Festival has made a couple of changes that I did not care for. The organizers ditched the program booklet, substituting a single sheet. And they stopped providing a pen along with the tasting package. So I was forced to type in my notes on my phone with increasingly fumbly fingers. My notes follow a bit farther down. 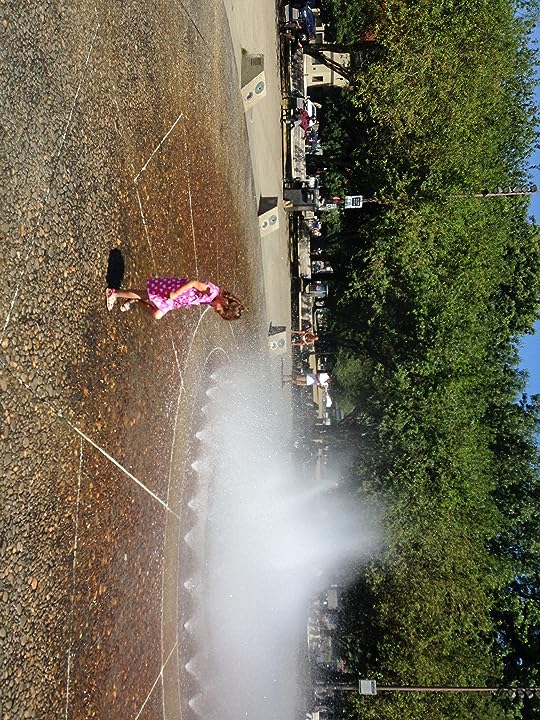 Increasing crowds and consequent increasing line length disrupted my plans slightly; I bypassed a couple of guava influenced beers in favor of shorter lines. Tropical flavors, notably guava, appeared to be the 2018 trend. What did I think? See below. 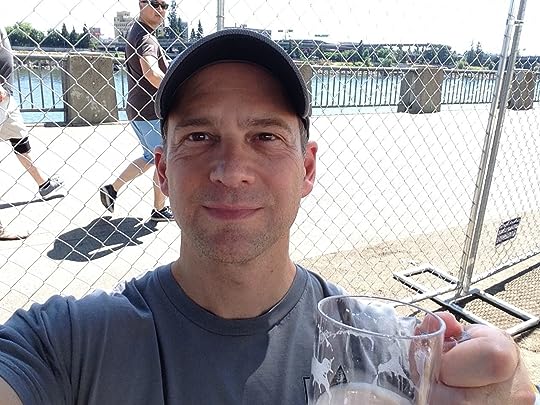 Melvin. Drunken Master. Thin, no body. I expect better from Melvin. Chilled piss without even the dubious benefit of a salty tang.

Great Notion. Juice Jr. Willamette Week’s 2017 Beer of the Year. So I took a chance on a full mug. Gamble paid off. Smooth, tart NE-style IPA.

Belching Beaver. Orange Vanilla IPA. Longest line so far and first of the milikshake duo on tap. And…it’s a bitter creamsicle. Don’t get me wrong; it tastes good. But it is a stunt beer. One is enough.

Fort George. It TAkes Two to Mango. Bitter and unbalanced. Second in a tropical theme. I hope it gets better from here.

Stormbreaker. Guava Man IPA. And it got better. Nice tropical IPA. I would have another. The guava is there but remains subtle.

Breakside. Limon Pepino. The Ecliptic line was too long so I broke the Guava chain. (Blonde beers don’t do much for me anyway.) Summer, peppery. A good session beer to accompany chips and salsa.

Everybody’s Brewing. Guango Deep. A homebrew gone mad. Could be a monster with more malt backbone. A step away from greatness, but that step is also just short of good.

Line too long to sample Oregon Guavador Dali. MBW and the HA summon.

There you have it. Given the heat, the short-pour tasters, and the lamb and rice dish for lunch, I failed to maintain a buzz. But I enjoyed the flavors, the vibe, and the music. Next year again? Probably. 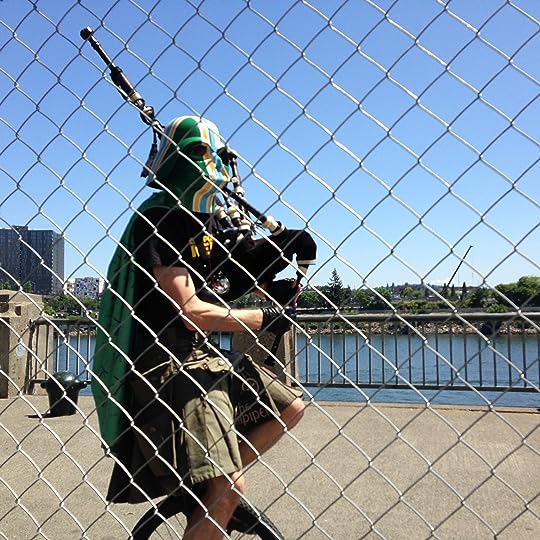 No Portland event is complete without a visit from the UniPiper.