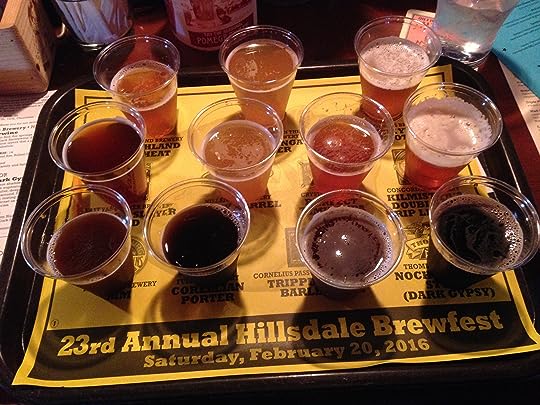 Once again I interrupt this web log’s regular programming to write about beer. Yesterday McMenamin’s Hillsdale Pub hosted the annual competition among the kingdoms of the McMenamin’s brewing empire. I dutifully sat down with taster trays and ballots and notepad. Below is a transcript of my tasting notes, which become inexplicably more and more illegible. Each entry is followed by my ranking on a 1-10 scale.

McMenamins on the Columbia: Cowabunga Radler. Refreshing, almost like a shandy. This is a proper use of citrus. Summer session beer. Oddly, for a big beer hop-head like myself, I like it. 7

Old St. Francis: Check Yer Coffepot Pale. Immediate whiff of coffee. Tastes like bitter iced coffee. Serve with a flavored creamer and a shot of espresso and you might have something. As a straight up beer, not so much. 5

East Vancouver: Dragon Slayer Red. By St. George and Don Bluth! Has a sour beer effect going for it. Some complexity. Very drinkable for the relatively potent, +6.7 ABV longsword it is. 7.25

Hillsdale Pub: Fuzzy Barrel. I’m not partial to fruit beers. This doesn’t shift me from that prejudice. 3.5

McMenamins on Monroe: Penny’s Golden. A bitter mess. Like quinine peed in Corona.

John Barleycorn’s: Willamette Stone Double IPA. So close. If it had that crisp, fresh hops hit it would rule. 7.5

Oak Hills: Chaton Griffes Belgian Porter. A bridge too far. The flavor combinations do not work. 2.75

Anderson School: Fire Pit Robust Porter. Sweetly cloying. Not what I want from a porter. 3

Mill Creek: Maze Maker Imperial Stout. It is possible to be too much on point. More a shot than a beer. 4 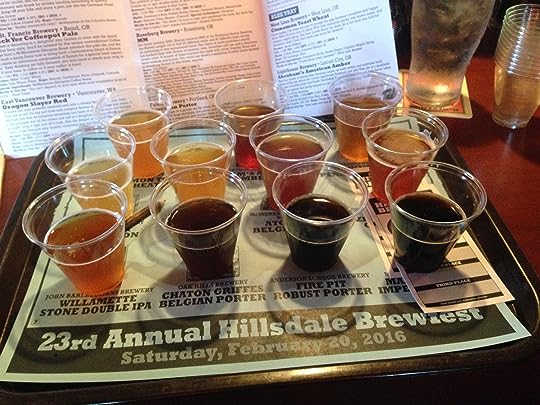