The White Hills of Elfland 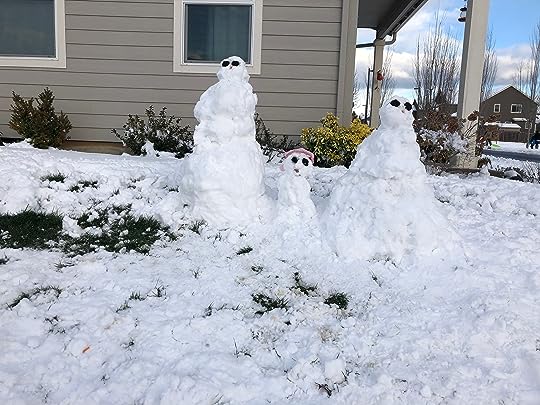 Snow both physically alters landscapes and creates illusory geography. The familiar, quotidian view out your window becomes something altogether new and different after even a moderate snowfall. It’s not all wondrous fairyscapes: the roadside landscape, with its new allotment of crashed and disable cars is a reminder that the temporary physical and illusory alterations come with hidden dangers. I think both Tolkien and Lord Dunsany would appreciate that.

Snow also brings joy to children, joy generally requiring a degree of physical effort on behalf of adults. I walked the HA across the street to the park for an hour of sledding, then became a two-legged sled dog for the ride back home. That was followed by shoveling (continued later by MBW with perhaps an excess of zeal — rest the back, sweetheart) and construction of a snowman. Or, rather, a snow family. 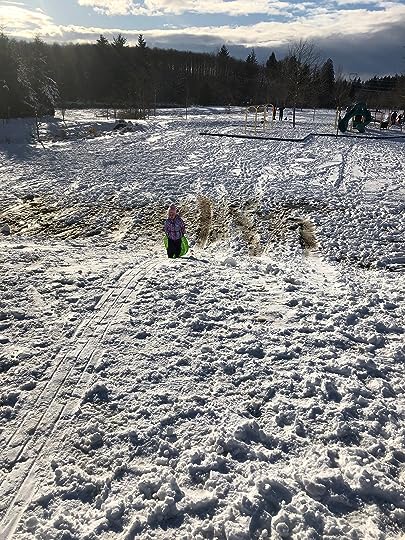 The forecast calls for more of the white stuff. I’m not laying good odds on the HA attending her pre-Kindergarten classes any of the next couple of days. And I’ll have to see how my commute looks. With all wheel drive I’m comfortable on the roads. What worries me is other, less comfortable, people sharing those same roads. I don’t want to end up an object lessons of the malefic side of Elfland. 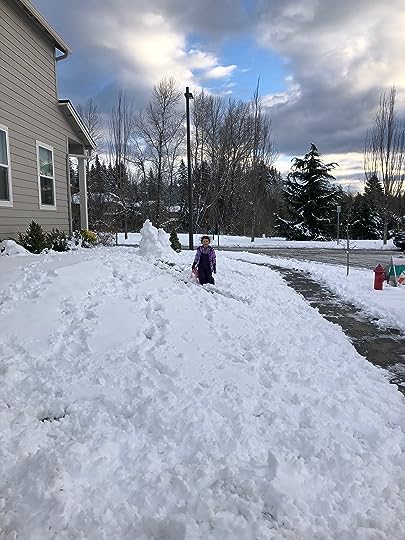