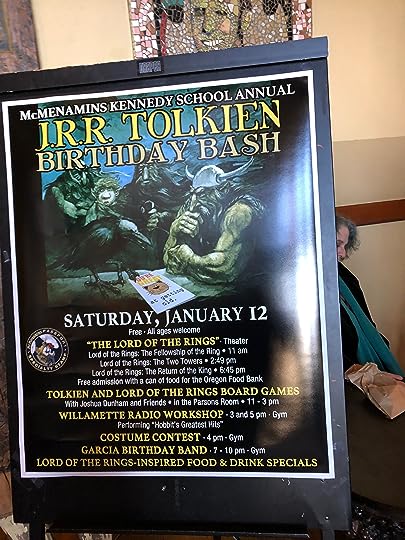 January rolled around again and with it came another opportunity to celebrate the birthday of J.R.R. Tolkien at the Kennedy School. The event added a new wrinkle this year with a room dedicated to Lord of the Rings tabletop games. I hadn’t realized there were so many of them. I’d be tempted to give the game room a shot next year if unaccompanied. However I’m rather certain the HA wouldn’t have the patience for it.

MBW was feeling under the weather so did not attend this year’s festivities. The HA held up rather well, especially once she noted how many other children roamed the halls, some of whom were happy to play with her. At five years of age she is beginning to show some interest in the unusual doings, the costumes, etc. Perhaps I should begin reading her The Hobbit once she turns six. Her favorite cartoon fair consists of unicorns, mermaids, elves, and fairies. A hobbit who lives in hole in the ground shouldn’t prove much of a stretch. She got a kick out of the costume contest, insisting we stay long enough to see who won. Her favorite did not, but she took the loss well. It wouldn’t surprise me if she expressed an interest next year in entering the competition the following year. If so, I rather think I’d wish for a child’s porous memory to work its magic. I’m not a costume kind of guy, neither in the design/construction aspect nor the wearing thereof. 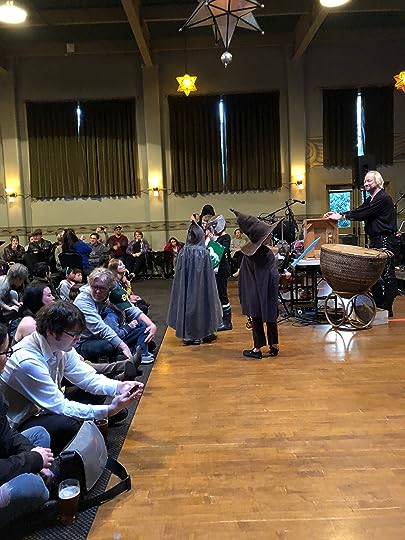 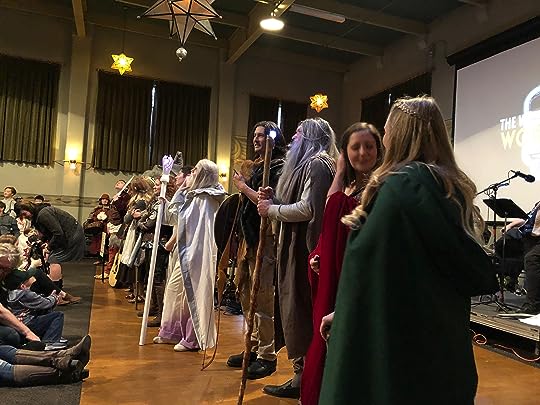 Tolkien still holds up for me. I’m in the midst of another re-read, having picked up LOTR for the book I read while waiting for the HA to fall asleep. At a few pages a night it is slow going. Last night I plunged into Helm’s Deep. But even in small doses, Tolkien continues to deliver. After all these years I’m still noticing new details (or noticing old details I’ve forgotten in my dotage.)

So, Happy Birthday, professor. And thank you. Soon enough, the HA will thank you as well. 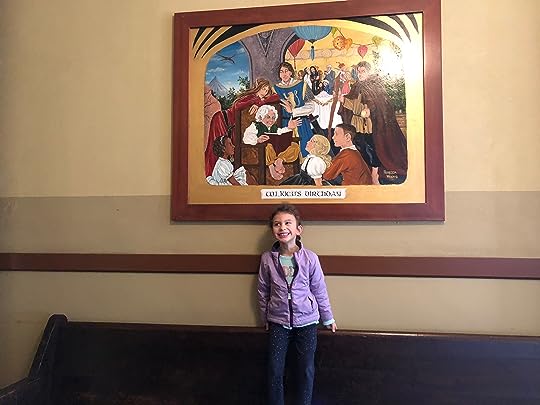