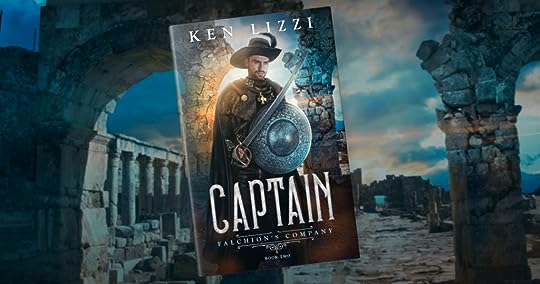 Whether we’re facing a world-changing pandemic, or not, I’m still working. Not just at my day job; I’m also still producing books. I expect to have another book out early in April, perhaps by the first. Specifically, Captain: Falchion’s Company Book Two, the sequel to Boss.

Falchion is back, now running his own mercenary company. I think you’re going to like this one.

I got the rights back to Thick As Thieves. I’m considering just putting it out myself, rather than shopping it around to another publisher. That way I’ll have a book out between Captain, in April, and Warlord, in July. What do you think? Sufficient distance? Too much? Not enough?

If you’ve read Thick As Thieves, do you have an idea what you think the cover art should look like? Or was the first edition’s cover on point?

The sequel to Karl Thorson and the Jade Dagger is off to the publisher. I’m waiting on comments. Of course, I hope it is perfect as is, without the need for more than, say, a proof read. There is a first time for everything, I suppose.

Meanwhile, work continues on a Cesar the Bravo novel. The three stories recording his adventures so far are available.

So, if you’re “sheltering in place” and in need of entertainment, I’m doing my best to keep you supplied.