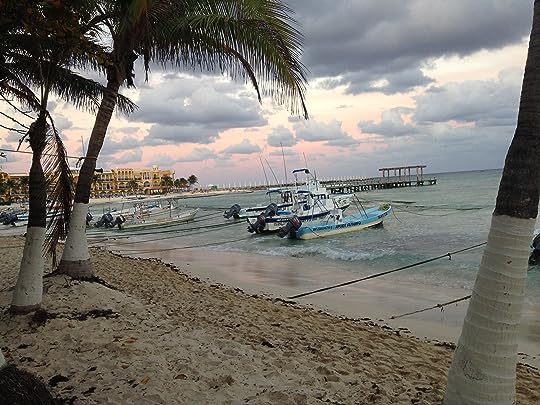 Once again I write from one of the dreary hardship stations where I toil in the phrase fields, reaping sentences and paragraphs for your entertainment. This particular gray, danksome locale is Playa del Carmen, Mexico. That’s right, I’m suffering the horrors of the Mexican Riviera on your behalf.

For example, just to the south is Tulum, where the Spanish first landed, assaulted the Mayan town, and were routed by that metropolis of 10,000 or so. Of course, a couple years later when the Spanish returned there were only 400 left alive in Tulum. So, whether the Mayan’s should count that a victory or not is certainly up to debate. The point is, I had to visit that nghtmarish scene of battle and disease, under the blue sky, against a backdrop of turqoise Caribbean waters. Excruciating. 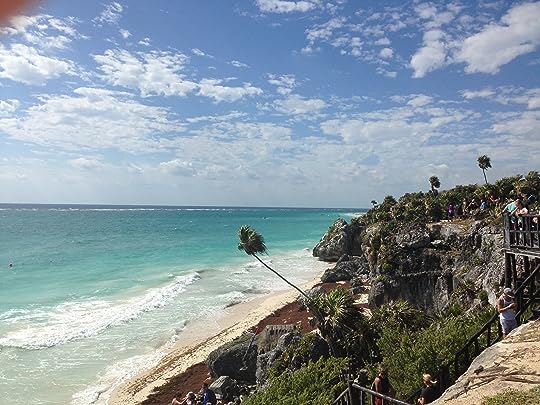 And more ruins awaited. I was forced to scale the crumbling, hazardous steps of the pyramid in Coba, sight of ritual sacrifice. In this case, I sacrificed for you. I then further endangered myself, plunging into the bottomless depths of a cool, refreshing cenote, some fifty feet or more below ground. I could have drowned, assuming I suddenly forgot how to swim. 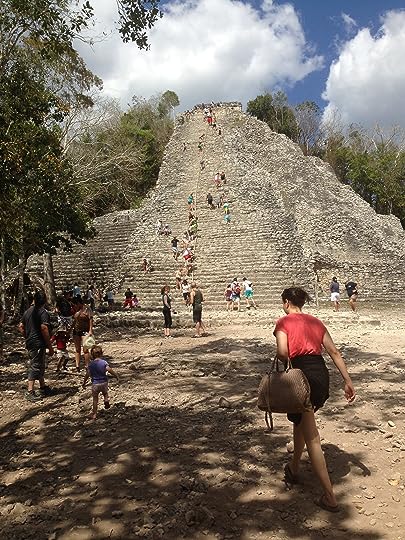 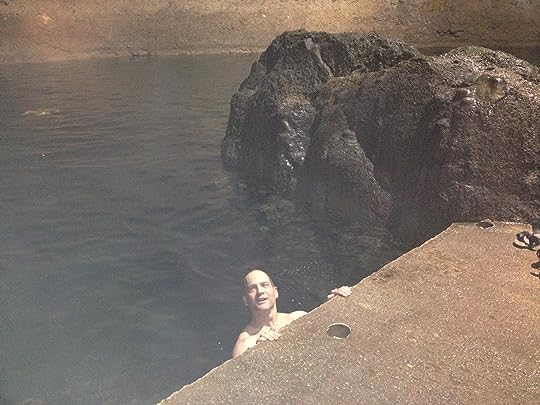 In between these labors I sit outside and write. That’s correct, I don’t even allow myself to sit indoors while working through the second draft of Boss. I mean, c’mon. I’m from Oregon. I’m not used to this sort of heat. I must resort to wading through the surf or plunging into the swimming pool to relieve the misery. 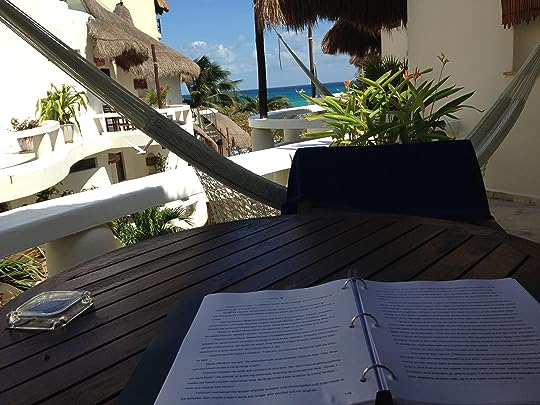 I even faced death herself in order to free bottles of tequila from their imprisonment. This I do for you! 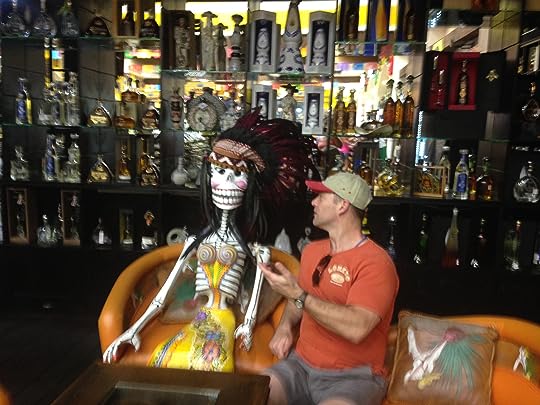 And I haven’t yet completed writing the talk I’ll be giving next week at NanoCon Mark IV. That’s right. I proceed from one task to the next.

For you, dear reader. For you.

Well, back to the fields. 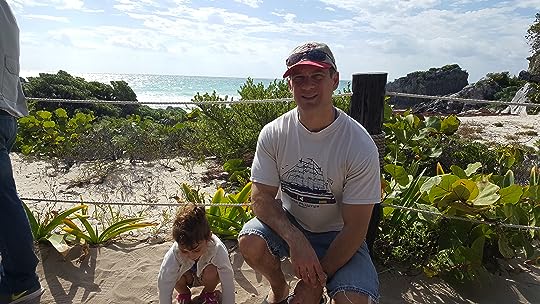