I have moved. I remember when moving involved a few buddies and a pickup truck. The whole thing took an afternoon and there was time to go out for beer after. As a family man moving halfway across the country… not so much.

I spent the vast majority of my life in the Pacific Northwest, with Mt. Hood the ubiquitous backdrop. I can’t say I much like change, as a general rule. I expect Texas to be an exception.

How was the move? Well, the drive wasn’t bad. Yours truly, MBW, the HA, and two cats endured 8-9 hour days cooped up in the car. The changes of scenery were engaging. I finished a couple of audio books. Had dinner at two new brewpubs. If you’re ever in Twin Falls, Idaho, check out Koto Brewing. Try the Double IPA. The menu is impressive also. And in Laramie, Wyoming, if you happen to find yourself in Altitude Brewing, try the saisson. But skip the tacos. Get anything but the tacos. I suppose I should have known better. But all told, not a bad road trip. 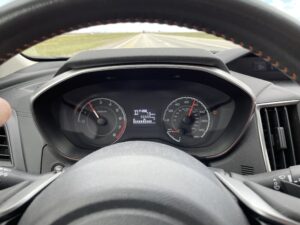 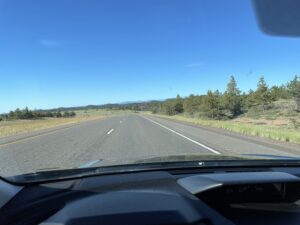 The misery began once we reached the new house. To start the fun, the previous owners had installed a security system for which we had not been provided a code. After a few hours of alarms, chirps, screeches, and computerized voices calling out alerts as if my house was the Starship Enterprise, we removed the alarm box and cut the connection. I’m sure the cats were thoroughly pleased.

Meanwhile, we waited for the container holding ninety-five percent of our household belongings to arrive, as agreed with the shipping company. And we waited. And waited. A couple of phone calls informed us the container would arrive by ten that night. It did not. Eventually we inflated air mattresses and went to bed.

The next day we were informed that the shipping company could not meet the schedule. In fact, they would not deliver our container for another two weeks, despite my having paid extra for expedited delivery. And so, we’re camping. Indoors with air conditioning, yes. But essentially camping. As you might imagine, we’re not happy about it. I’ll withhold the name of the company for now, allowing time for it to make things right or offer some sort of mitigation or compensation. I’m not sanguine about it, however.

Meanwhile, I’m busy with what I can do in the absence of most of my stuff. The level of activity is, perhaps surprisingly, frenetic. And expensive. At some point you begin spending so much money it no longer seems to matter. Well, it does. The bank account isn’t bottomless. There’s the nickel and dime stuff, buying necessities that I already own but are sequestered by the tardy moving company. A man’s got to eat, and that involves certain minimal levels of cookery and tableware. Then there are the bigger ticket items, hooking up wifi, buying certain new items required to furnish a larger place, then minor things like cleaning supplies, hardware to fix little items here and there about the house. And so on and so forth. It adds up.

If you’d like to assist in my surviving this extended camping venture while simultaneously enjoying some entertainment, why not buy one of my books? I think you’ll like them. (If you do pick up “Thick As Thieves” please search for the version with the brown cover, not the edition with the red and yellow cover shown. Amazon refuses to take the red and yellow edition down, and Amazon is the only one who sees a penny from it.)

And if you are in the greater Houston area, drop me a note. I’m new in town.