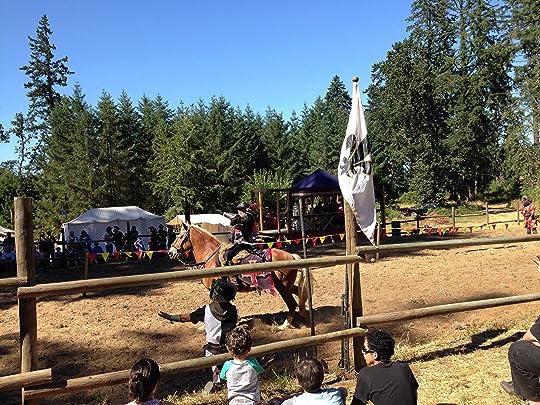 Owning a house demands more weekend hours than owning a condo. This is a cold rule of the universe. Still, one can find time to attend a Renaissance Faire.

I drove MBW and the HA south to Silverton, Oregon for the second year in a row. I’d offered the choice of an afternoon at Hood River watching the kite surfers and wind boarders or an afternoon of watching cosplay and hearing dodgy faux-british accents. MBW determined the HA would get more enjoyment from the latter.

As it transpired, the HA fell asleep in the car on the way down and was thus too groggy to enjoy the first half-hour or so. She did not want to see the royal court. The sleepiness wore off, of course, and the HA continued to inquire after the queen for the rest of the afternoon. She did, at last gain an audience. What royal favors she garnered remain a mystery. 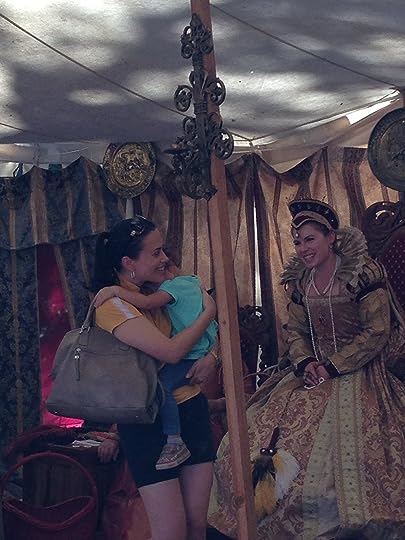 I have determined that, should we attend one of these in the future, that we will not trouble dropping in at the tilting field until at least a half an hour after the marshal begins the jousting festivities. The patter is too weak, the preliminaries too dull to see me through summer afternoon heat. As this appeared to be the family consensus, we didn’t stay for the organized violence. Perhaps next year we’ll wait out the bad jokes and cabbage chopping seated at a picnic table, enjoying ice cream and turkey legs, then drop in at a time better calculated to watch men in tin suits try to knock each other out of the saddle with sticks. 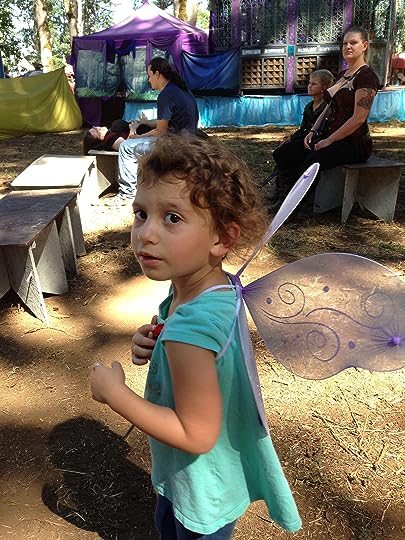 Meanwhile, householder’s obligations require more of my weekend time and beer money. For something other than beer. Sigh.