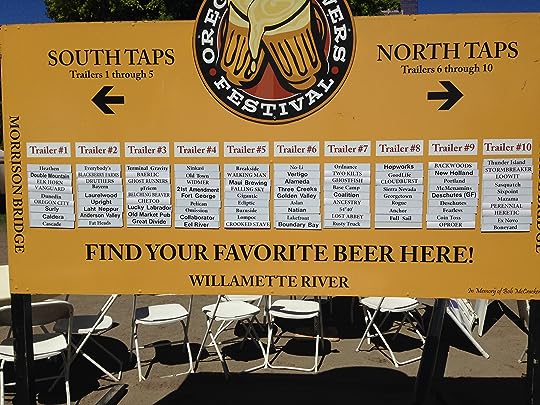 I have a few bits of information I’d truly like to share.  But until the details firm up a bit more I’m not going to. Instead, I’m going to write about beer. Deal with it. 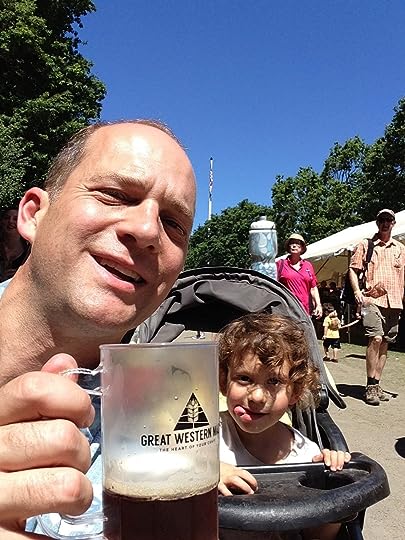 This year is the 30th anniversary of the Oregon Brewers Festival. Not necessarily an interesting number, but it is for me considering I’ve been to almost all of them. Twenty plus years of beer lines, heat, random yelling, and crowds. It’s better than I make it sound. I’ve tried some fantastic beer over the years. 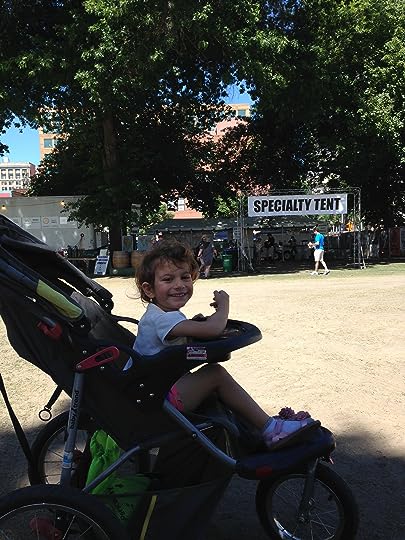 This year I took the day off and brought the HA with me. MBW was across the country at a conference. So, daddy and daughter beer day. Bula! We arrived as the festival opened. A stroller provided her shade and a platform for the portable DVD player. She was set. I had a festival mug and tokens. I was set.

Following are my tasting notes. The last couple I tried while standing, in the specialty tent, nowhere near a table, so I was only able to scribble a comment or two. I include them here only for completeness. The HA scribbled all through the program book, so my transcription may not be 100% accurate. Note, when jotting down the name of the brewery, I left out such terms as “Brewery” or “Brewing Company.” Because I am lazy. 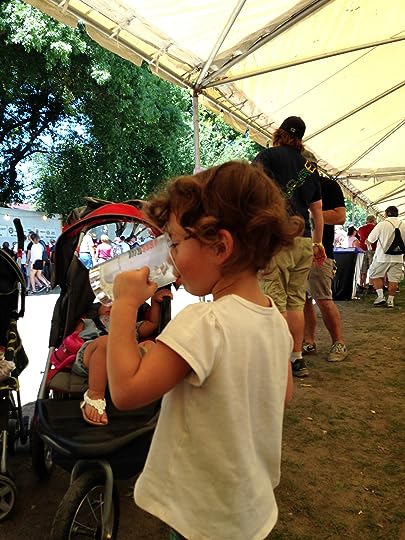 Nice, mellow IPA at the lower end of IBU’s. The hop character comes through — grassy, not floral or citrus. Not sure I’d have more than one.

Crispness of a lager more than a pale ale. But one the brewer stirred with a pine bough. Refreshing, but I would have preferred a more resinous taste.

Because I’m that comfortable with my masculinity. Nose is too fruity, promising a cloying fruit beer. But the gose saltiness belies that suggestion. It is actually quite god.

You put the lime in the…juniper. Nice. Extremely refreshing. A compelling session beer.

A breakfast beer. No need to pur OJ. Follow with a coffee stout? Maybe a maple bacon porter? (No, not the latter.) Very nice start. Second and third tastes are not as pleasant.

At the Specialty Tent.