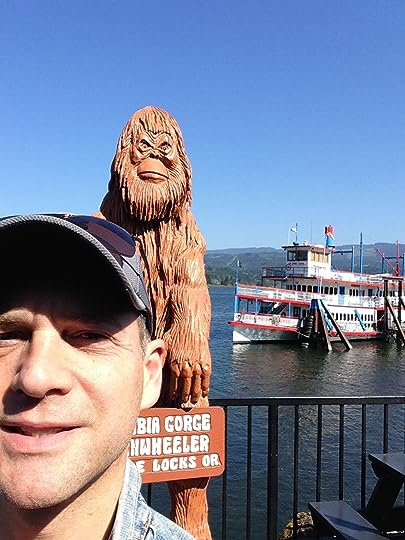 MBW, the HA, and I drove out to the Columbia River Gorge yesterday and embarked on a paddlewheel sightseeing excursion upriver. The sky offered better visibility than it had most of the previous month: about this time every year everything west of the Rockies bursts into flame. Smoke obscures the views. Yesterday wasn’t bad. The river breeze was nice. 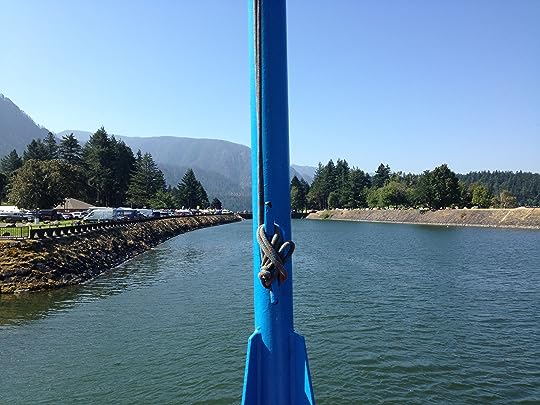 We ended the evening grilling a salmon. Turned out pretty good. It has been years since I’ve done that, so frankly I was mildly surprised I didn’t undercook it or burn it to a fishy crisp.

And now, without any prior foreshadowing, a change of topics. That’s right, I scoff at the rules of writing. All my prior composition teachers weep in despair.

The redoubtable Fletcher Vredenburgh passed along a writing challenge. This challenge involves discussing three fantasy stories that may have influenced J.R.R. Tolkien. Being naturally contrary and prone to willfulness, I don’t intend to follow the rules. So I’m not going to even bother listing them. But I will indulge in some of the spirit.

I think pulling out my copy of Tales Before Tolkien: The Roots of Modern Fantasy might be deemed cheating. So I will refrain. It is possible I might mention a story covered therein by chance. I’d guess it almost inevitable that I’ll mention one or more of the authors reprinted therein.

I hope to skip the obvious. I’m going to ignore William Morris and The Well at the World’s End. And thank goodness for that; otherwise I might have to re-read some of that tedious trudge. Certainly Tolkien was familiar with his work. Of course he was also familiar with E.R. Eddison. But it seems clear that given Tolkien’s fundamental disapproval of Eddison’s philosophy that The Worm Ouroboros didn’t influence The Lord of the Rings. Tolkien is said to have enjoyed Robert E. Howard’s Conan stories, but I don’t think LOTR evinces a swords-and-sorcery influence.

The primary sources seem largely undisputed: The Ring of the Nibelung myths and the norse Eddas. So let’s move on from there.

I’ve considered some other authors on my shelves, contemporaries or near-contemporaries of Tolkien: A. Merritt; H. Rider Haggard; Talbot Mundy; Clark Ashton Smith, etc. But I’d like to go back a bit farther.

Like the Middle-Ages. How about Amadis of Gaul? When one thinks of Aragorn, doesn’t the chanson de geste come to mind? The epic struggle to claim the hand of the forbidden love? The prophecies, the wanderings through boundless forests? The Portuguese authorship might argue against it as a source for what was intended as strongly Anglo-Saxon. But I think Lobeira, or whatever the author’s name actually can make a claim.

You may have heard of a fellow by the name of William Shakespeare. He had a bit of success as a playwright. Can you read of Lord Denethor, the Steward of Gondor and not have King Lear come to mind? Is there not something Shakespearean in the tragedies that unfold in LOTR? I don’t think I’m going too far out on a limb for this one, the branch will hold the weight.

This last one might see the twig snap beneath me. And I’m breaking my own prohibition on contemporaries. So what are you going to do about it? There was a fellow named Alfred Noyes, and Englishman. He wrote a poem touching on the Prester John myths. Read a few lines of this and tell me if Bilbo’s poem in Rivendell doesn’t come to mind:

Across the seas of Wonderland to Mogadore we plodded,

And we landed in the twilight were a Polyphemus nodded

With his battered moon-eye winking red and yellow

For his eye was growing mellow,

Rich and ripe and red and yellow,

As was time, since old Ulysses made him

bellow in the dark!

Skipping ahead a bit:

But we crossed a plain of poppies,n and we came upon a

Not of water, but of jewels like a spray of leaping fire;

And behind it, in an emerald glade, beneath a golden mountain,

There stood a crystal palace, for a sailor to admire

Anyway, there’s a taste of it and I recommend reading the whole thing. What do you think? Any chance I’m right on this one? 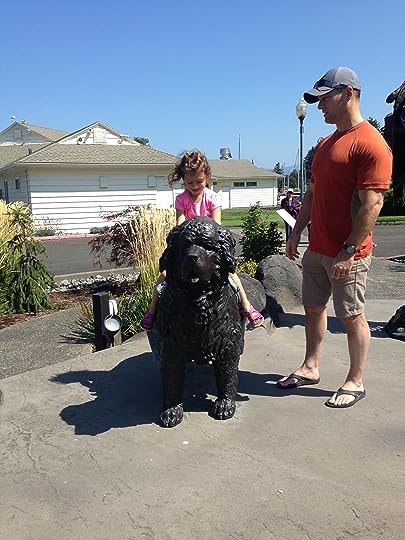 My Luthien rides her Huan. (Wait, does that make me Thingol?)