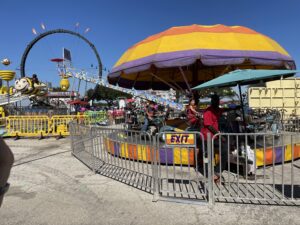 Yesterday I drove MBW and the HA to the county fair. County or state fairs seem almost fungible. You could be anywhere in the country, you’ll see the same sights, events, livestock, exhibitions. The midway is the midway whether you’re in Washington or Florida.

The HA’s school had part of the wall in an exhibit hall for artwork. The father of one of her classmates sponsors a barbeque team. So we had a couple of reasons to attend other than just getting footsore, hot, and spending too much money on minor amusements. It was fun, though. And fairs are woven into the fabric of American life. That weave extends to fiction. 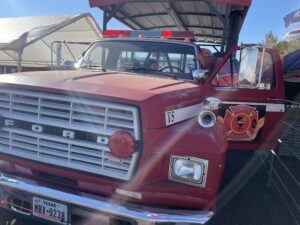 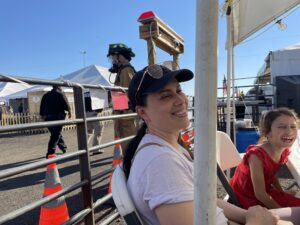 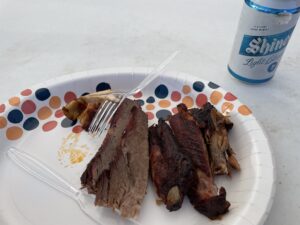 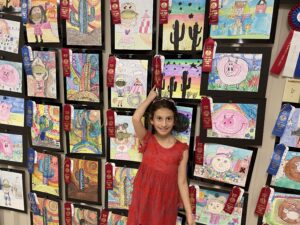 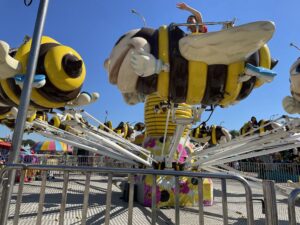 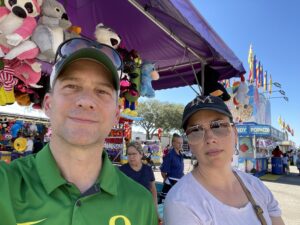 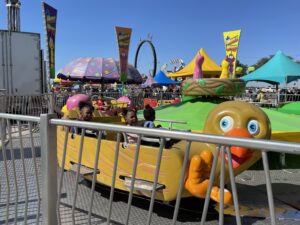 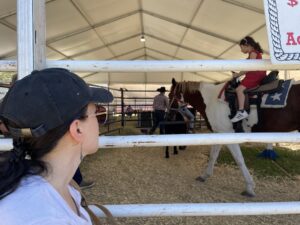 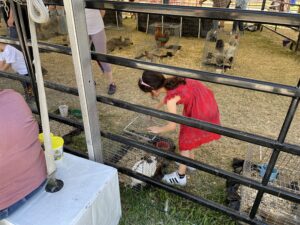 I suppose Ray Bradbury provides the most famous example with Something Wicked This Way Comes. There is, I suppose, something compelling and mysterious about a colorful extravaganza springing up once in a year in an otherwise vacant expanse, only to move on again. Perhaps it harkens back to gypsy caravans. But Bradbury truly got it.

Larry Niven and Steven Barne’s Dream Park series can be considered an offshoot. Amusement parks are, after all, merely permanent fairs. I’ve read all but the last. (I actually hadn’t realized there was a fourth book. I’ll have to pick it up.) A reread might be worthwhile, simply to compare current technology to what Niven prognosticated back in the first book.

Jim Butcher placed a pretty good Harry Dresden story in a fairground. I’m sure there are other examples I’ve forgotten or simply am unaware of. The point is, a fantasy set in a fair is almost a trope. Perhaps no ‘almost’ about it.

I hope you enjoyed your trek to the local fair this year. If you’re looking for somewhat less strenuous enjoyment, may I suggest picking up one of my books? Spinning the wheel of huckstering brings us: Thick As Thieves. Buy it. I have it on excellent authority that it is good.

Now, for those of you reading over Magnus Stoneslayer’s shoulder, here is the next entry in his journal.

The juxtaposition of uninhabited wilderness and peopled, civilized environs brings to

mind the littoral zone, dear diary. Sea meets land, two contrary states collide, and yet not so: there is not a clear demarcation. Instead there is a gradual melding – solid earth gradates into fine sand, trees mingle with saw grass and slowly give way, tidal pools shelter creatures neither entirely of sea nor land. The same principle obtains where the trackless wild grapples with encroaching civilization. After days of isolation, the traveler spies a solitary shack – perhaps a charcoal burner’s hut or a hunter’s seasonal shelter. Then a trail. A pioneering farmstead cut into the thinning forest. The track widens. The farms increase in number and size, and are joined by orchards and sheepfolds. The track becomes a road and the first inn appears.

Well, enough of that. A wandering savage has time to ruminate, dear diary, that is all. The changing scenery always makes me ponder the transition.

It is an odd thing, that as one approaches civilization, one has the illusion that it is in fact civilization that is on the move, eating inexorably into the wild. To be expected, of course. People need to live, and who understands the survival instinct better than the barbarian, the survivor? Life is a struggle, and the clearest evidence is provided by frontier existence where nature begrudges every mouthful.

I am bedding down for the night in one of the outlying farms. I promised the anxious/protective/frightened farmer that I would not lay a hand on his womenfolk if he gave me a bed for the night, and that I would certainly lay a hand – a violent hand – on him if he did not. His daughter served the gruel and vegetables of the evening meal. Judging from the suggestive glance she cast me from beneath lowered lashes, I’m going to regret my promise. I must learn, dear diary, to be more sparing with my vows.

The farmer did extract more than a promise, as a matter of fact. He begged a service in return for his rustic hospitality. I raised an eyebrow at this, anticipating a story of a diabolical creature savaging is livestock, or of a son abducted by some hag of a

sorceress – the usual quest-for-services bargain. Instead he handed me an ax and pointed to the woodpile.

It is the pleasant surprises that allow this savage warrior’s stern visage to broaden into a rare smile.

So, I remain until tomorrow, contentedly yours, dear diary.