Aloha! I’m writing today’s post from the lanai of a rented condo in Kona Hawaii, overlooking palm trees, tennis court and ocean. The things I do for you people. Exhausting.

Take yesterday for example, when I spent the afternoon tasting beer, oceanside, in the sun and sampling the offerings of a dozen local restaurants and caterers. Sheer torture, the Kona Brewers Festival, but I endure it for you.

I didn’t care for the first twenty minutes or so, standing in line on the asphalt, waiting to be allowed in. But this being Hawaii, a land of generosity and helpfulness, the organizers opened the gates a half an hour early and I streamed in along with the rest of the throng. The nearest thing to a disappointment was the prevalence of Oregon beers. Near half the options were beers I could pick up a short drive from home. Of course that meant I could narrow my focus and simply ignore a large swath of possibilities (though I did feel some regret passing by the Breakside Brewing and the Gigantic tables. Yum.)

Hawaii is coming on strong in the craft beer scene. Various island breweries presented quality beer across the style spectrum. I still find their IPAs to come just short of the mark, but they are getting there. Missoula, Montana’s Bayern Brewing supplied the day’s most popular beer, “Bad Santa” eisbock. Its 12.5% abv attracted the festival’s longest lines. And it tasted good as well, like a hearty strong ale, not like a barley wine at all.

A beach table dinner at Huggo’s, complete with sunset, wasn’t a bad way to finish off the day.

Of course, it turns out this is also a working vacation. The editors comments are in for “Under Strange Suns.” So it isn’t all fun in the sun. It is also editing. In the sun. Writing a new chapter, making corrections, creating a better book. All for you. The things I do for you people. 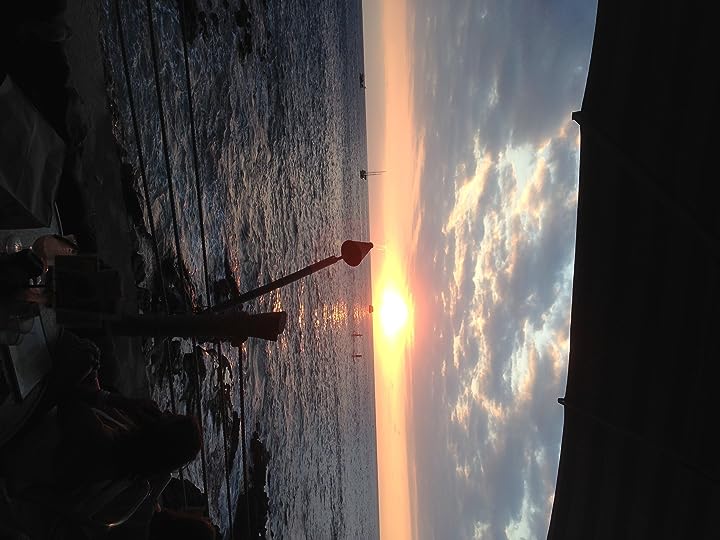