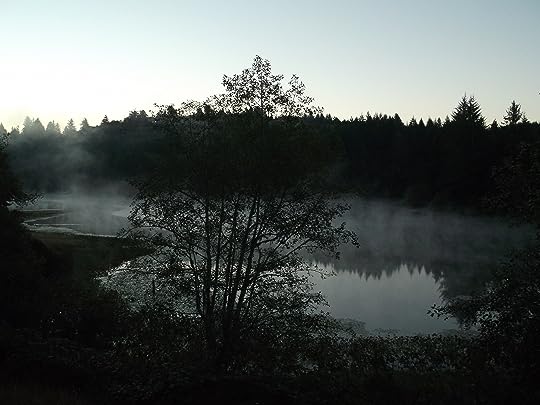 A weekend away every now and then is refreshing. Sometimes the family will drive up toward Mt. Hood, spend a couple of days with some friends in a cabin on the Salmon River. No television, no internet. Just games and conversation.

This weekend provided a variation on that theme and the family stayed home. A friend of a friend owns a cabin and property fronting a lake about midway along the Oregon Coast. My friend wanted to scout the property, check out the signs of deer activity, look for likely spots for hunting. Given the proximity of the lake, I thought there might be a chance to take a potshot or two at ducks, so I agreed to go along. A third friend joined us.

A fully loaded Honda Civic is, by the way, a less than ideal selection for traveling a mile long stretch of rutted, seriously degraded gravel road. On the positive side, it wasn’t my car and I didn’t have to drive.

The cabin is off the grid. Power is supplied by solar panels feeding a series of batteries. Water is stored in large, black plastic cisterns. My phone received no signal.

Portland isn’t a large city and on a clear night allows a reasonable view of the stars. But it is still a city and a certain degree of light pollution is inevitable. Lying on the deck of a cabin in a sparsely populated stretch of the Pacific Coast, one is reminded that the Milky Way does indeed exist. Add a cold Oregon-brewed beer and the rare luxury of a cigar, and you’ve got a decent recipe for unwinding.

The cabin itself remains a work-in-progress. A gap exists in a staircase, walls are partially dry-walled, etc. The missing step led to speculation that it was purposeful, a planned zombie-deterrent. Given that the length of the ‘road’ to the cabin and its overgrown, untended appearance is intended to discourage the local methamphetamine enthusiasts, we soon conflated the menaces, real and unreal, and developed running jokes about tweaker-zombies.

Ducks declined to fly over the lake the next morning. So hunting turned into a walk in woods with guns. By the way, in case anyone was unclear as to the truth of the aphorism, I can assure that bears do indeed shit in the woods. And this particular ursine enjoys apples and berries. The deer seem plentiful. We saw one driving in and heard others Friday night and during Saturday’s ramble. They certainly heard us, crashing through brush, snapping dried sticks, fighting through thickets, scrambling up hills and sliding down.

And so that’s why I didn’t get any writing done over the last couple of days. Honest. It wasn’t my fault. 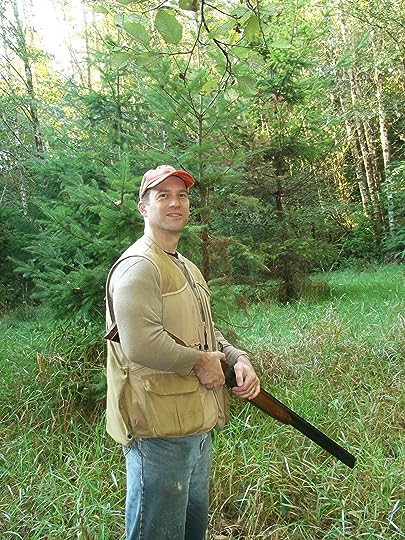