I’m taking another detour from the usual route of this web log in order to write about beer. No complaints, right? Didn’t think so.

I drove down to Roseburg on Friday afternoon. I chose my hotel based largely on its proximity to Roseburg’s lone brewery, Two Shy Brewing. It was a short walk, pushing the stroller containing my designated driver, Victoria Valentina. I’ve introduced V.V. before, haven’t I? 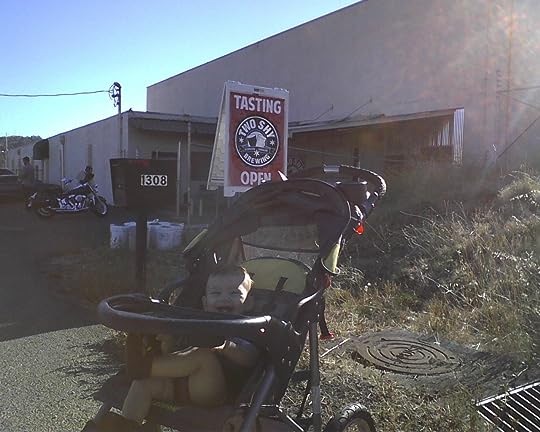 The brewery doesn’t inspire optimism at first glance. That, of course, only served to give me hope. I’m a contrary sort, what can I tell you? The brewery sits in a rundown lot by the railroad tracks, at the end of a short road terminating at a chainlink fence. I saw a couple of motorcycles parked outside. Cinder blocks. Industrial size wooden spool tables.

Garage doors allowed passage between the outside seating and the tasting room inside. Thus I could grab a table while parking V.V. within arm’s reach outside, lest she – as a minor – become corrupted by reclining in her stroller within the sinful bounds of the tap room. 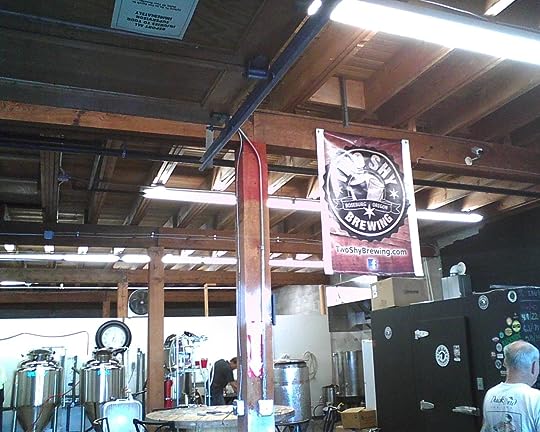 And then the taster tray arrived. I don’t know about you, but for me generally a taster tray holds two, maybe three beers that I’ll enjoy. The rest range from ‘meh’ to ‘ick.’ The sole exception previously was the taster tray at Breakside Brewery that pulled off the miracle of containing nothing but nectar of the gods. Two Shy couldn’t quite duplicate this trick, but came close. Zero ‘icks.’ Not even a ‘meh.’ The worst I had to say about any of the offerings was ‘not bad, I’d drink that’ directed at the Everything is Awesome Pale Ale. Pales seldom do much for me, but this was a decent session beer. I would drink that, no fooling. Particularly outstanding were the Island Hop Red and the Ignition Double IPA. Had it not been a hot, August summer day I might have elevated the Chocolate Milk Stout to that same rarified status. 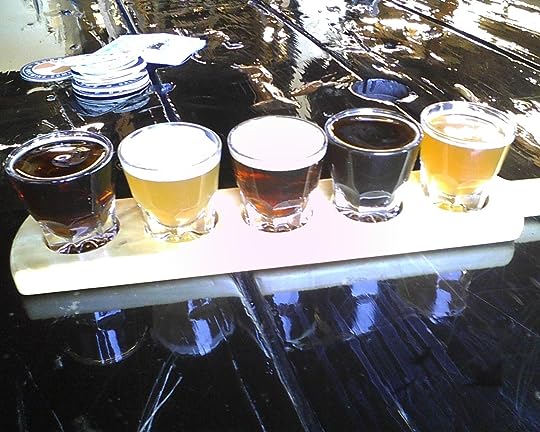 I considered ordering a pint of the Double IPA. But my designated driver began tiring of peek-a-boo, drinking water from my glass, and nibbling fragments from my bowl of bar snacks. Always best to pull up stakes and move on while she’s still happy. And thanks to Two Shy Brewing, we were both happy. 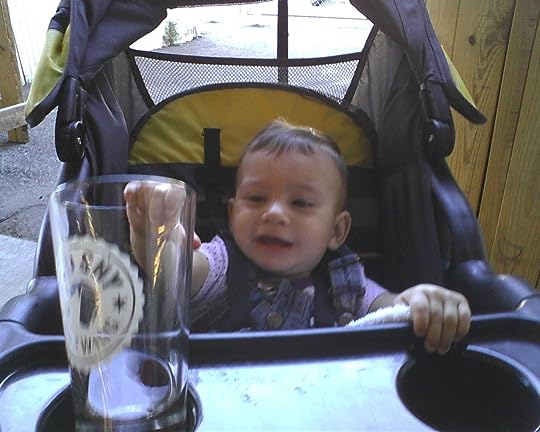