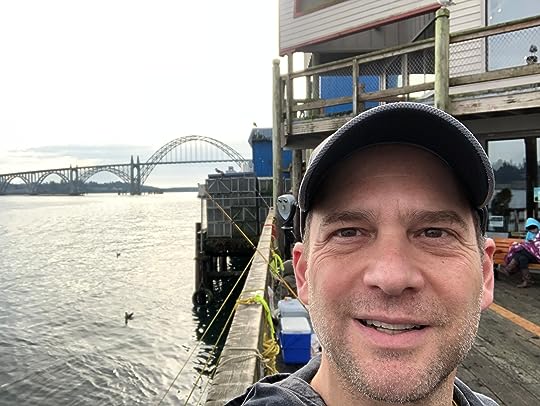 Advice from a man who probably has no business giving advice: Remain grateful but beware contentment. There, that ought to cover Thanksgiving.

MBW, the HA, and I drove to the Oregon Coast Wednesday for an extended Thanksgiving weekend. The weather was appropriately Oregon Coast-ish: wet and windy, though we did enjoy occasional sun breaks.

I think we all enjoyed the trip. The little condo we rented overlooked the beach and the breaking surf proved constantly engaging. I could stare at it for extended periods. That might explain why I got only minimal writing done; enough that I don’t feel bad about it but I certainly could have cranked out more words. 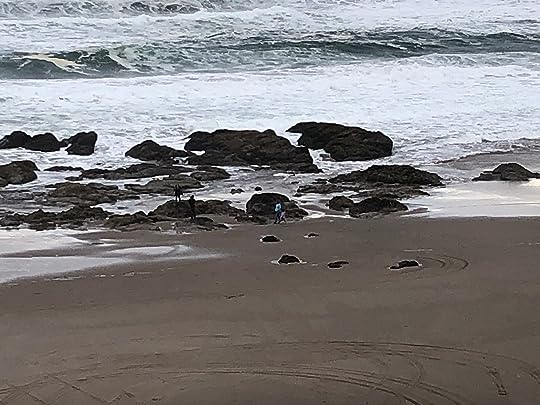 A minimal Thanksgiving feast of roasted turkey breast, mashed potatoes and gravy, and salad still left us full and with leftovers. Pie was redundant. I ate some anyway.

The HA has always found aquariums fascinating. We drove to Newport and spent a couple of hours at the Oregon Aquarium. There was also beer. Of course there was beer. I tried a beer/wine mashup at the Pelican Pub and Brewery in Pacific City. I enjoyed it as a curiosity but wouldn’t go back for seconds. The taster tray at Rogue Brewing in Newport ranks among the best I’ve tried. I briefly considered the possibility of marrying the Batsquatch. But I soon realized I would be consistently cheating on it with the Combat Wombat so decided to retain my monogamous relationship with a human being. One of my wiser choices I think. 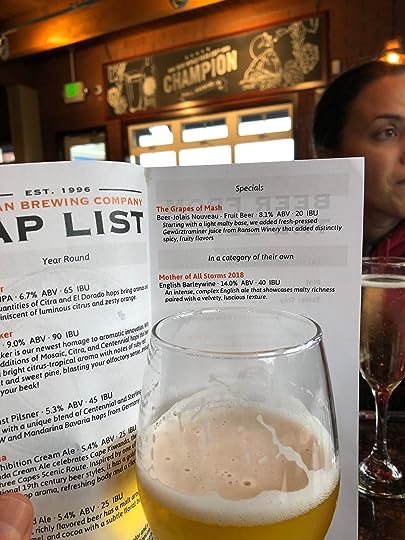 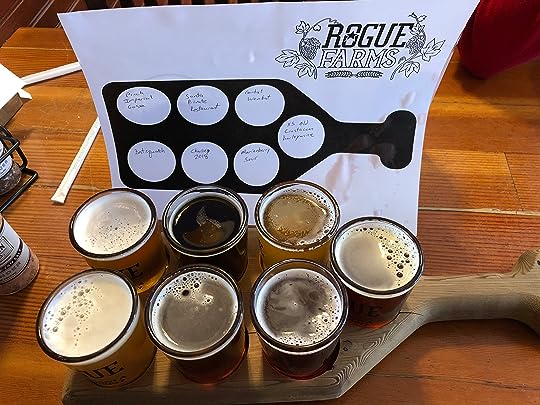 I hope my American readers enjoyed Thanksgiving. And I hope the rest of you had a good Thursday. If not, perhaps some pictures will help make up for it.