Intro to Sword and Sorcery: Five Names You Should Know. Resurrected Post.

Intro to Swords and Sorcery: Five Names You Should Know

Perhaps you are new to this planet, or have been living in a bomb shelter all your life with limited reading material. Maybe you recently stumbled upon a trove of Molly Hatchet album covers at a garage sale, with those paintings by Frank Frazetta and you start wondering what is all this about. Well, given those farfetched hypotheticals, or something similar, I’m here to offer the five writers you should familiarize yourself with to become conversant with the Swords and Sorcery genre.

Offered in no particular order, except for number one: 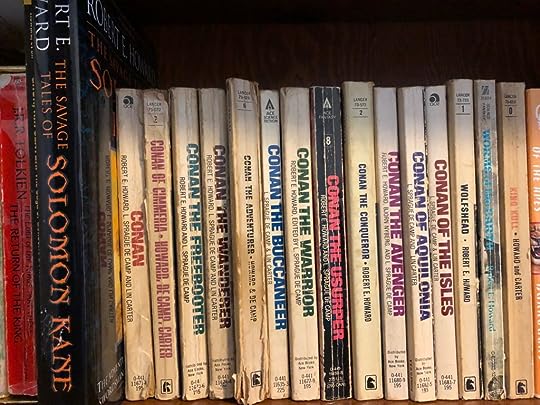 Robert E. Howard. REH is the lodestone of S&S. Not the fountainhead, not the genesis; Swords and Sorcery derives from vast bodies of pre-existing literature, history, and myth. But REH always points the way. Unless you’ve truly been living in a bomb shelter since birth, you’ve heard of Conan. REH created the ur-S&S protagonist. All others must ultimately be measured against Conan. But REH also created such unforgettable characters as Solomon Kane, Kull, Bran Mak Morn, and others, in addition to creating a deep, extensively detailed pre-history in which to set his stories. 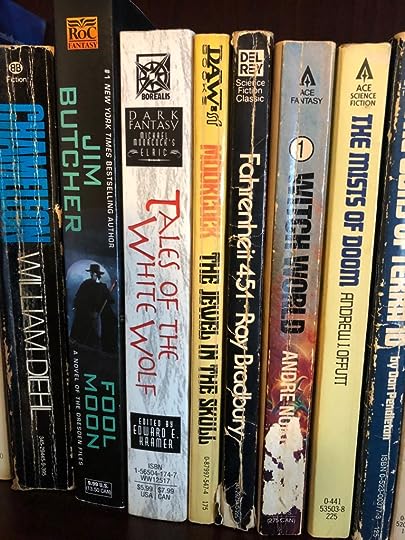 Michael Moorcock. As a teen I enjoyed reading MM’s work. His evocative Corum books resonated with me, and of course I dug Elric and others of his seminal Eternal Champion books. The gimmick, you see, is that all of his protagonists are versions of the same character, as manifested in different planes or times of the multiverse. Now, this isn’t the place for criticism, so I’m not going to launch into an exegesis of what my middle-aged self thinks of MM. Whatever I may think, his contribution to the genre is profound and undoubtable. He wrote short, fast-paced tales set in grandiose, wildly imagined locales. He took the questionable ethics of pre-existing S&S characters the next step, to outright anti-heroes, influencing a generation of later writers. 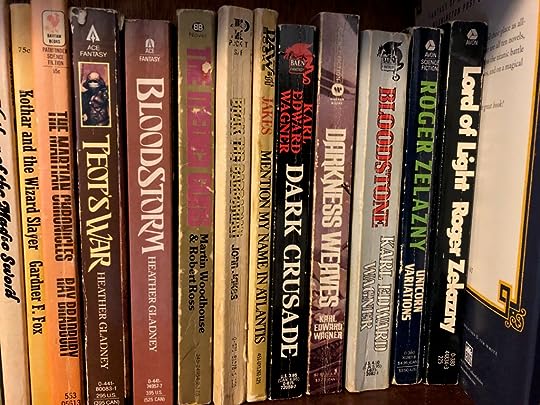 Karl Edward Wagner. With his character Kane, KEW eschewed the anti-hero and, arguably wrote the protagonist as villain. But while his memorable, nigh-immortal protagonist may be a villain, he is so in a world of shades of gray, in which nearly everyone he meets is likely to be in some degree a villain; corrupt, treacherous, murderous. KEW salts his world with pre-human civilizations (as did REH), debased creatures from far stars, demons, and forgotten gods. He often showcases the element of horror which is often a fundamental part of S&S. 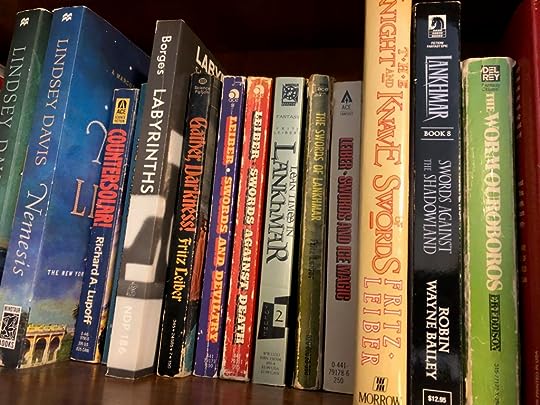 Fritz Leiber. FL coined the term Swords and Sorcery. If only for that, he’d have a place in the pantheon, albeit a small one. But what he is rightly known for is his duo of the barbarian Fafhrd and the thief and petty sorcerer Gray Mouser. These two fight, loot, wench, and drink their way through the world of Nehwon, and, specifically, the city of Lankhmar. They are driven by self-interest, ambition, ego, and pleasure, though also occasionally motivated by vengeance. The stories are terrific and exceptionally well written by a master stylist. 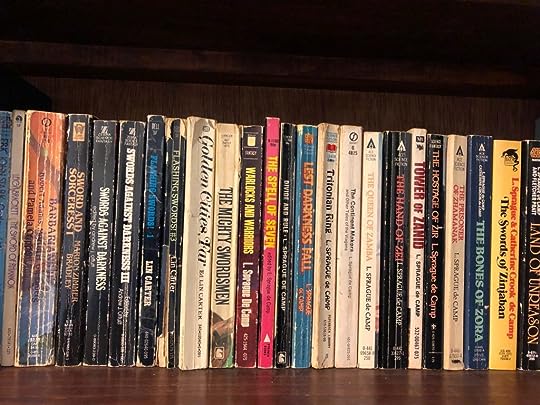 L. Sprague de Camp and Lin Carter. Yes, I’m cheating, throwing in two men as the fifth writer. But in the S&S field they are inextricably linked as the two editors and pastiche writers who were invaluable in revitalizing interest in Conan and REH. Yes, there is controversy. But that’s an advanced field of study. DC was a notable fiction writer in his own right, as well as a scholar and non-fiction writer. (Again, controversially.) He wrote S&S and adventure fiction of his own creation, as well as revising non-Conan REH stories as Conan vehicles. There is a sense, when reading DC, of a certain arch, scholarly tongue-in-cheek quality. Some find this off-putting, that a sort of detached, non-seriousness diminishes the story. (I like it, but you’re not required to.)  LC was a noted editor. He, along with DC and Andrew Offut were essential in keeping the S&S field flourishing during the 1970s by editing collections of reprinted and new S&S short fiction. He was also an editor who wanted to be a writer. If imitation is the sincerest form of flattery, LC flattered REH and Edgar Rice Burroughs obsequiously with his Thongor and Callisto series.

These five may merely scratch the surface, but it is a deep and essential scratch.