I burned a vacation day Friday and took the family on a long weekend trip to Seattle. My father lives in the outer reaches of the greater Seattle area, so travel costs were limited to fuel. The drive to Hotel Dad began promisingly enough. But what has been in my experience a two-and-a-half to three-hour drive took nearly four. Question for Northern Washington and Seattle: What the hell is up with your traffic? Some words came to mind as I inched along roads and highways. Many of them were profane. Others included: aggravating; irritating; maddening; and frustrating.

If any of you are planning to visit Seattle, I would suggest purchasing the City Pass. If you engage in at least three of the included activities, the Pass pays for itself. MBW (My Beautiful Wife) and I boarded the Harbor Cruise for its final trip of the day. I thought it worthwhile, and I learned a bit about the city. 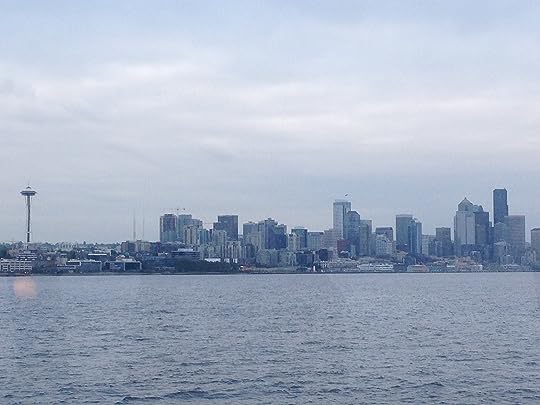 Saturday we squeezed in quite a bit of sightseeing.  The Space Needle experience consists primarily of standing in line. Probably a weekday is a better bet, or some day when the cruise ships aren’t in port.

The EMP museum is an architectural curiosity. Bilbao in the Northwest. It began as a rock-and-roll themed museum then expanded to include science-fiction and fantasy. So, basically, it is Paul Allen’s attic. The sci-fi and fantasy sections consisted primarily of film props. Interesting enough, but I found the exhibits more broad than deep. The appeal to genre fans is obvious, and many obvious genre fans explored the offerings. But it would be dishonest of me to claim it is some sort of Mecca for speculative fiction aficionados. 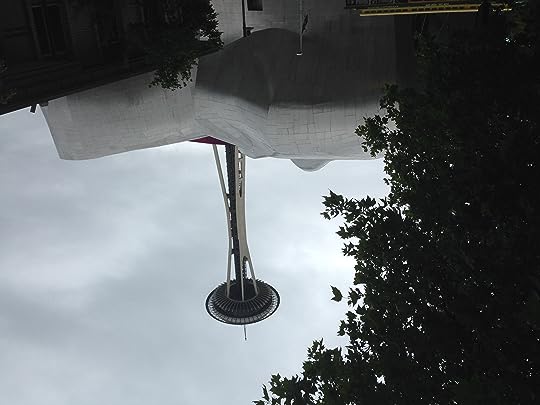 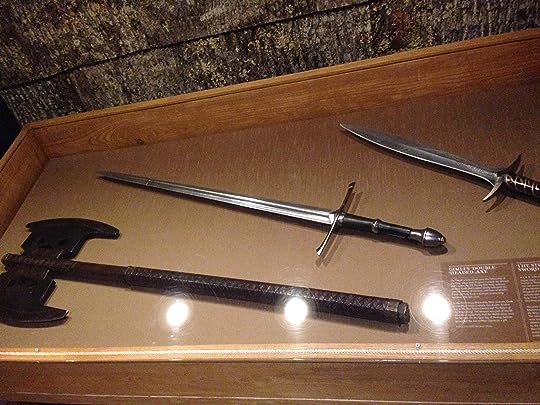 Pike Place Market was shoulder-to-shoulder humanity. MBW and I waded in, then found the nearest exit and waded out. I’m neither agoraphobic nor claustrophobic, but that was too much. We scaled nearby stairs to a balcony restaurant and had a nice lunch from a terrific people-watching vantage.

My dad brought my daughter, V.V., later that day to join us at the aquarium. I enjoyed the aquarium almost as much as I did watching V.V.’s reactions to the exhibits. She does love aquariums. 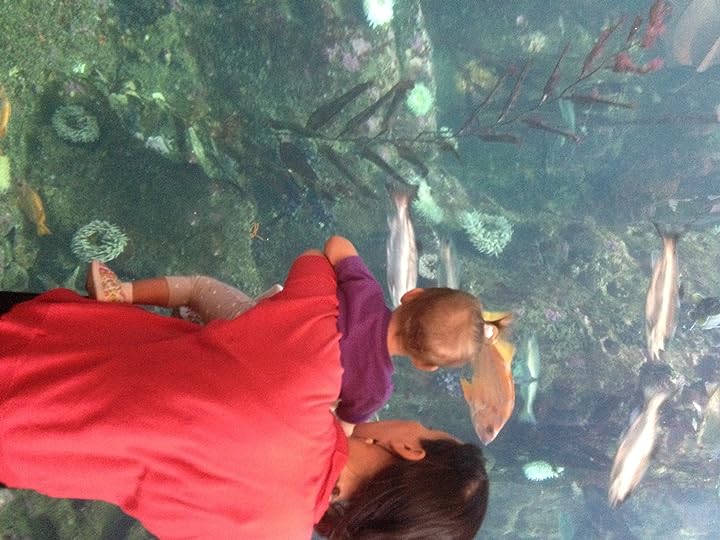 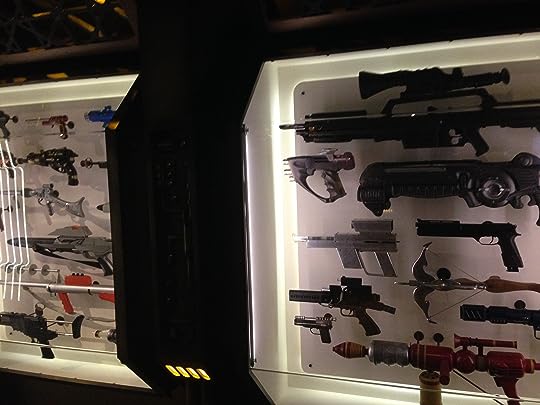 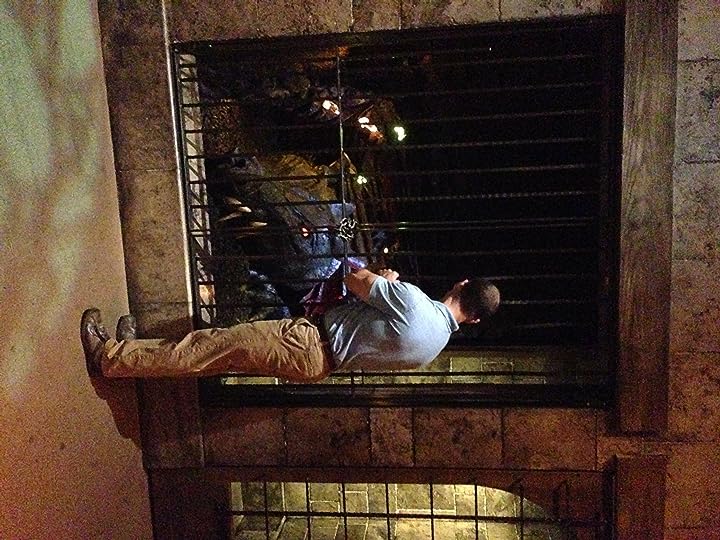 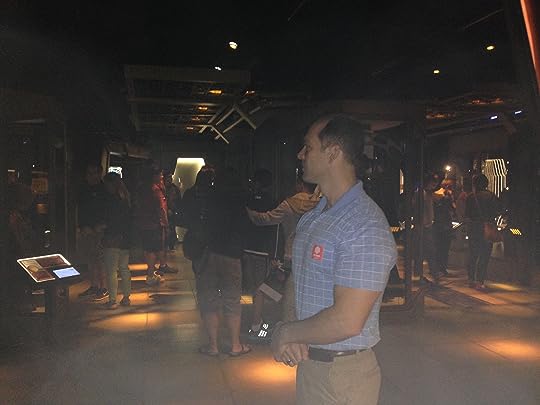