There is a tendency to think the military comprises dour, unimaginative people of the sort who’d have no use for science fiction, fantasy, or other such frivolous nonsense. A lot of films depict soldiers as robotic, linear thinkers, programmed to follow orders without deviation.

I think most of us know better than that, right? The military has long been home to devotees of speculative fiction. Pick any large military base in the United States, then travel to the nearest town. In addition to the inevitable military supply stores, sewing shops (never short of customers needing new patches sewn on uniforms), tattoo parlors, barbershops, and bars, you will find a well-stocked game store, a comic book shop, and a used bookstore with an excellent selection of science fiction and fantasy.

Despite the busy work that accompanies the job, soldiers, sailors, marines, and airmen have a lot of time to read, and plenty of them take advantage of it. Personal example: Back in ‘95 I was called up to active duty and deployed to Haiti. Before I left home, I indulged in a couple of extravagant shopping sprees at used bookstores. My foot locker was half-full of paperbacks, most of them speculative fiction. I think I read fifty novels during my months in the less attractive side of Hispaniola. Every few months, when I had the chance, I’d box up the books I’d already read and ship them back home, freeing up space in my foot locker and lessening the weight I’d eventually half to lug around. (What was I doing that allowed me that much free time to read? Another time, perhaps.)

Gaming is a not uncommon pastime amongst service personnel. During Advanced Training, I sat in on few games of D&D. As I recall, that was my introduction to Second Edition.

The SF/Fantasy connection with the military isn’t just on the consumption side. Many of the writers from the Golden Age of science fiction served in World War II. Isaac Asimov comes to mind, and Robert A. Heinlein. As I understand it, Heinlein’s “Starship Troopers” is on the Marine Corps officers’ reading list. L. Sprague de Camp, I believe, served with both Asimov and Heinlein. J.R.R. Tolkien, as is well known, served in the trenches in World War I, his experiences deeply influencing “The Lord of the Rings.” More recent examples include Robert Jordan (James Rigney) who served a couple tours in Vietnam, and Glen Cook, who served in the Navy. There must be dozens of examples, the above are just from memory.

What is the connection, then? My guess is, there isn’t one. Or at least not a direct one. And indirectly, more than one. The military, like any other institution, draws from a vast cross section of the population. Meaning many in uniform couldn’t give a damn about science fiction, or even actively dislike it. No different than civilians, right? Meanwhile, plenty of others dig this stuff. And some of them are going to serve. Some are drawn to serve because of the stories they read in fantasy or science fiction, the military offering a promise, or at least a suggestion, of adventure. The military can provide access to and training with all sorts of gadgets that appeal to the technically minded reader of science fiction who would likely end up studying computer engineering or something similar anyway. Why not learn on the job and get to play with the toys? War is a frequent subject of speculative fiction. The point of the military is to prepare for war. Coming from a job that requires concentration on the subject, it isn’t surprising that some continue to think about warfare and write about it, exploring fictional scenarios.

So, my respect to those who serve, and those who have served. And let’s see what books come out of it, shall we? 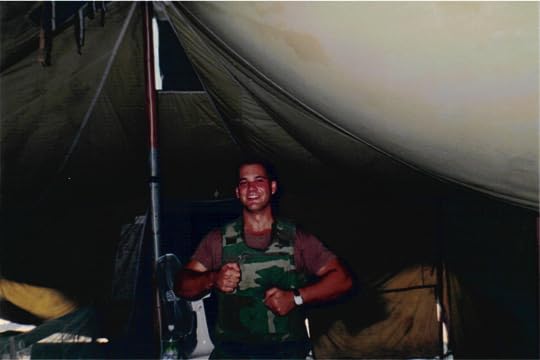 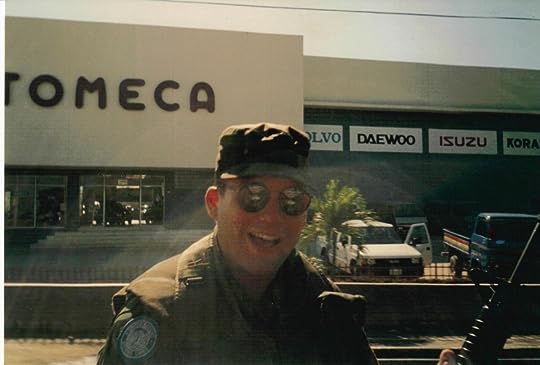 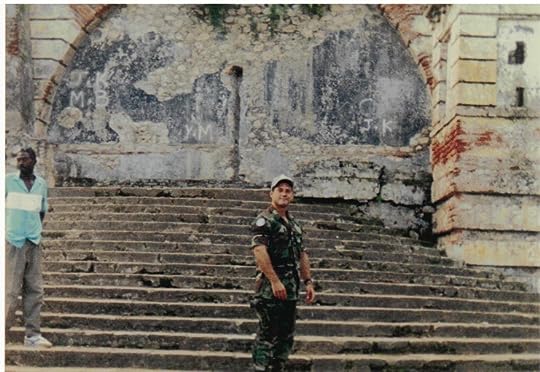 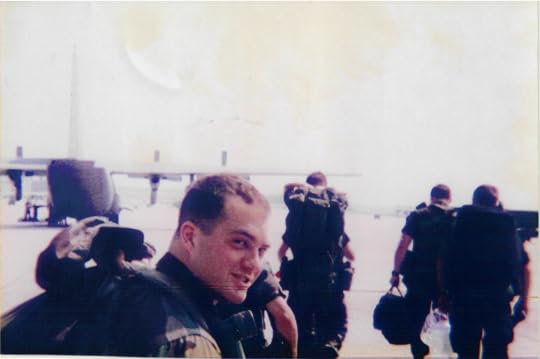