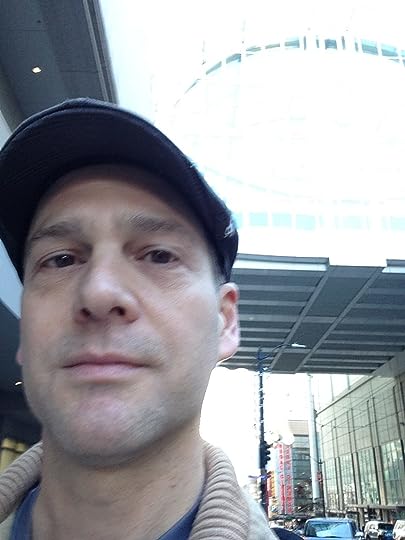 I have been in the funny book business for over twenty years now. This year’s Emerald City Comic Con was my first comic book convention. Yeah, I don’t believe in dipping a toe in; I plunge head-first into the deep end.

The point of the visit wasn’t to buy comics or rub shoulders with the artists and writers. That’d be too much like work. I went, frankly, as a marketing exercise, hoping to interact with people who might be interested in my novels and stories. I did get a chance to introduce myself to some artists and writers with whom I’ve dealt over the years but never met in person. I enjoyed that.

But I think I’m getting ahead of myself. Details, Ken. Fine. MBW, the HA, and I loaded up the family car and trekked north to Seattle Thursday morning. We should have arrived around noon. But a collision involving loaded logging trucks (probably a fatality, judging from the remains of the cab of one of the trucks) backed up traffic for about an hour south of Tacoma. Eventually we checked into our hotel across from Key Arena, which was bustling with the women’s PAC-12 basketball tournament. 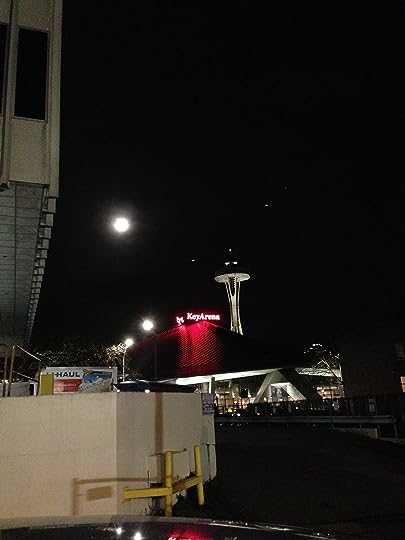 MBW dropped me off at the Washington State Convention Center, then drove on south to deposit the HA with her grandfather for some quality time. Poor MBW, stuck for most of the rest of the afternoon in Seattle area traffic — one of Dante’s lesser known circles of Hell.

Meanwhile, I ventured into the dense throng of costumed humanity that stuffed five floor of convention hall space. And this was Thursday, what everyone informed me was the light day. Oh boy. 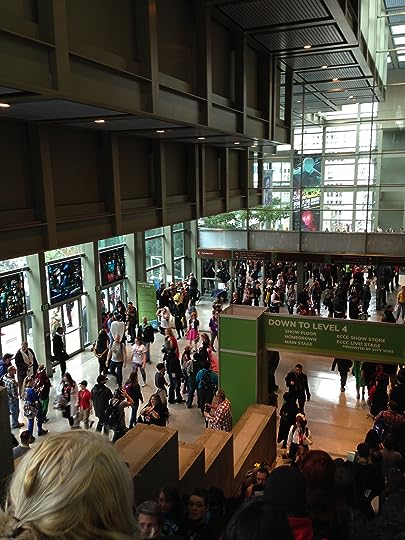 There was a section of the con set aside for writers: prose writers that is, not comic book scripters. Some heavy hitters signed autographs at the head of serpentine lines of autograph seekers. More lines of people waiting for a panel discussion wound down hallways. The panel descriptions sounded much like the panels I’ve sat on at sci-fi conventions, and with writers of similar status. But here ten-to-fifteen times as many people shoved into auditoriums to listen.

Gulp. Do I want to volunteer for a panel or two next year?

The convention had set up a beer garden on the first floor, the “League of Libations.” Thank all the boozy gods of Valhalla. I quite liked the Dark Heron from Fremont Brewing. Given the number of people, communal seating followed naturally. There, over the next few evenings, I was lucky enough to meet a variety of interesting and accomplished people — some costumed, some not. (Howdy to any of my new friends reading this. Keep in touch. Let’s do it again next year.) 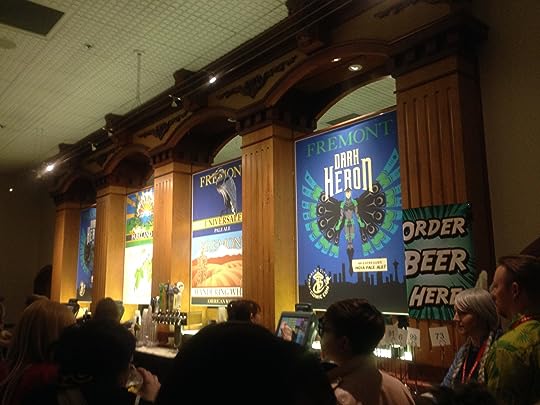 I did have a couple of opportunities to escape — I mean, take a short break — from the convention and wander the relative openness of the streets. Seriously, though, getting down the escalators and out of the convention could take as long as getting in. It reminded me of trying to cross Bourbon Street during Mardi Gras. (You may have guessed that I’m not tremendously fond of crowds.) But I digress. I wandered down toward the waterfront and stopped at the Elysian Bar. The Perseus Porter was excellent, and the Scottish Ale, Suck it Trebek, wasn’t bad. I had dinner at Ivars with MBW, revisiting the place where she had her first, fateful encounter with Clam Chowder, initiating a love affair with the soup that grows ever stronger. 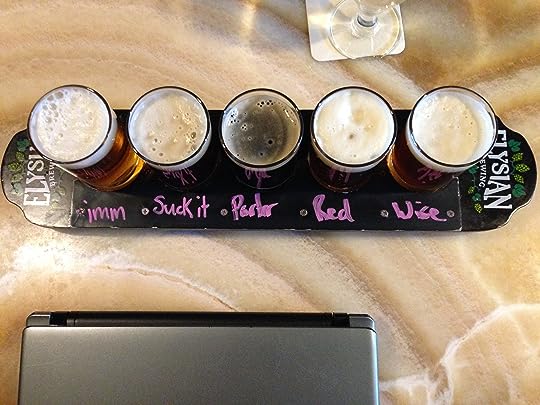 Saturday I took the HA with me for an hour or so. To her Disney-soaked mind ECCC became a sort of antechamber to Paradise. I had to limit her to one purchase, which was tough for her since she wanted everything on display in the vast acreage of the dealers’ floor. But she seems happy with the little stuffed unicorn. Toting a heavy backpack while carrying a four-year old on your shoulders for what felt like several miles recalled certain ruck marches back in my army days. Though I’m probably just getting old and worn out. 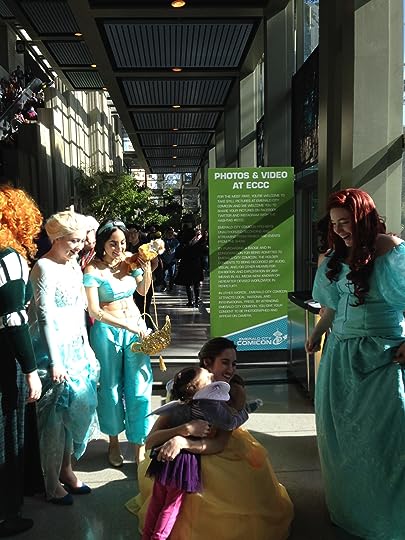 So, will I do it again? Probably. Maybe not three days in a row. We’ll see what next year offers.

Here are a few bonus photos. 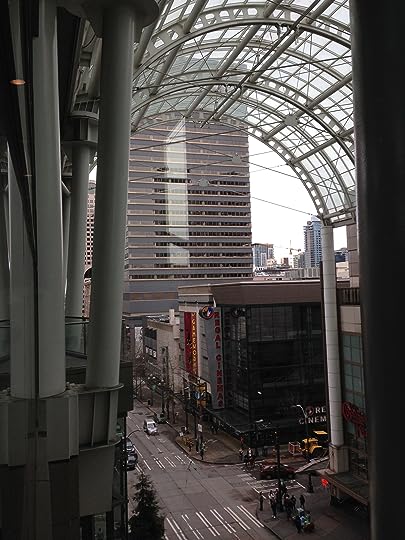 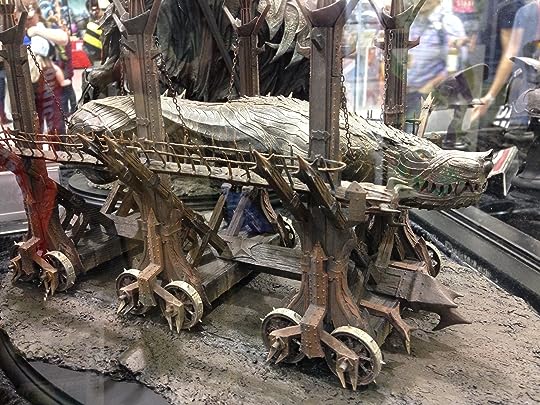 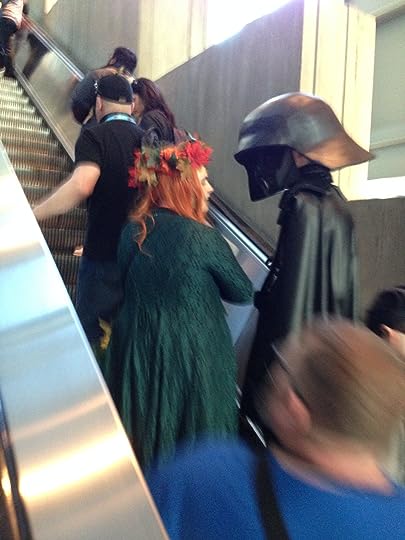