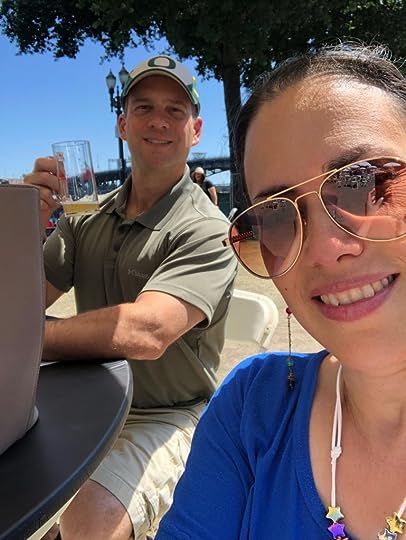 Beauty and the Beer Beast

Last year’s beer jamboree was the festival of guava and mango. That wave has receded. The new hotness (to employ an antiquated Smith-ism and indicate how old and out of touch I am) is sours. This year was heavy on sours, goses, and beers featuring citrus notes.

Given the summery day, I succumbed to the prevailing zymurgical zeitgeist, leaning into the low ABV, refreshing citrus coolers.

I did, however, occasionally step aside from the sour path to follow the siren call of my personal beer muse: the IPA. Note, I graded the IPAs more harshly since I have higher expectations for them.

And I tasted a few novelty beers. Because, why not.

With that out of the way, here are my notes. The first number is the ABV (alcohol by volume.) The second is my ranking on a scale of 1-10.

Mike’s Hard Beer. Less salinity than I expect from a gose and more pucker. Refreshing. 6.

Soda/Cerveza plus lime combo. LIght, sweet without being cloying. 7.

Someone dipped a berry tea into the wort. Complex, aromatic, less sour than most of the style. 6.5.

Sour candy. I can’t decide if it is a stunt beer and one is enough, or if this is the tricky umbrella drink of beers: keep ‘em coming then watch out!. 6.5.

Tone down the fuggles (presumably that is the overused, dank hop in this brew) and you might have something. 4.5.

First Taste: agghhh — kill it with plasma! Second through fourth tastes: well, it is not that bad. The cereal starts to come through favorably. 3.5.

A hoppy, Belgian ale. Why not? Well, there is a certain clash, a sort of  Widmer Hefeweisen meets Arrogant Bastard brawl. But with a bit of palate adjustment, it works. 5.5