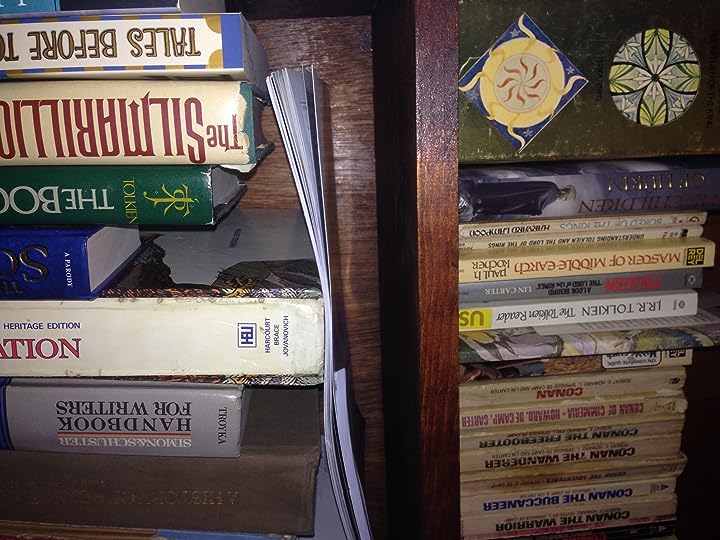 Yesterday marked the birth date of Jonathan Ronald Reuel Tolkien. Had flights of Maia not called him home in 1973 he’d be pushing the Old Took for longevity records, but still shy of Bilbo’s Ring-assisted accomplishment.

An admirable man, a man I’d like to have met. Of course given that I was all of four years old when he died that wish falls into the category of sheer fantasy. And I’ve still not been to England. I’ve not visited the Professor’s gravesite, not had a pint at the Bird and Baby. Any connection I have to the man remains the written word.

And that’s remarkable. The power of Tolkien’s story and his (underrated) ability to tell the story leads to annual tributes such as this from people who have no personal connection to the man at all. Talk about a legacy.

To an extent we are all living in the world Tolkien created. Not his Middle-Earth, but our media saturated world of video games and fantasy films, all of which owe a debt to his writing. That’s a topic others have dealt with in depth, but it is worth at least recognizing. (Example picked from the internet’s upturned hat.)

When I sit down to write fantasy I’m forced to acknowledge Tolkien’s vast shadow. That acknowledgement for me comes in the form of deliberately steering clear of dwarves (note the ‘v’, another of Tolkien’s influences), elves, and hobbit analogs. You can pile “Lord of the Rings” homages high enough to rebuild Barad-dûr. That’s fine. I like pizza, I don’t mind new pizzerias putting pepperoni on the menu. But I don’t want to emulate that pie when I’m sweating before the brick oven.

So here’s to the good Professor. One way or another we all shelter in his shadow. I, for one, am grateful for the shade.