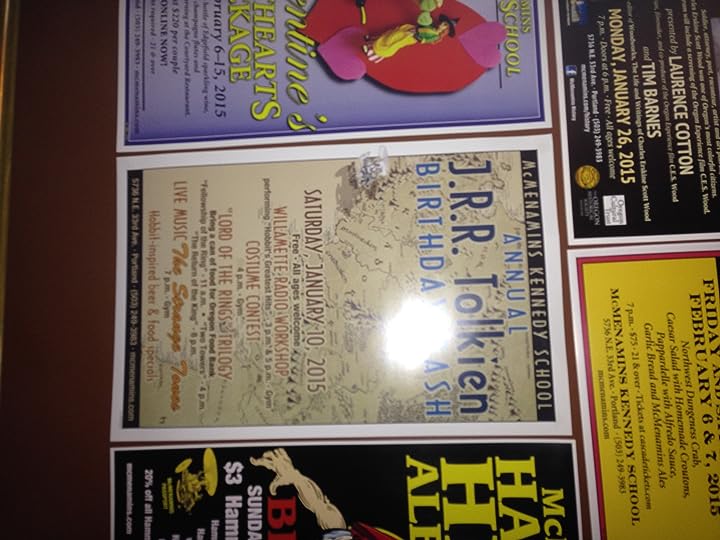 I’m going to continue with the theme from last week, celebrating the birthday of the late, great J.R.R. Tolkien. Yesterday the family and I met some friends at the Kennedy School to take part in the annual Tolkien Birthday Bash festivities. For those of you who don’t know about the Kennedy School allow me a few lines to explain. The Kennedy School was, as the name suggest, a school. The McMenamin brothers, the dark overlords of a brewpub empire sprawling throughout the Pacific Northwest, purchased the defunct property and turned it into a hotel, brewery, restaurant, and theater. In addition to being able to belly up for a drink at the restaurant and outside the theater doors, you can get a pint at other locations in the school which the McMenamins converted  into bars: You can buy a beer (and smoke a cigar) in Detention, have a cocktail in the Honors Bar, drink in the Boiler Room downstairs, etc. Every year in January the Kennedy School throws an all day party to commemorate Tolkien’s birthday. They run all three of the “Lord of the Rings” films in the theater. In the gymnasium (where you can also buy a beer) a radio troupe performs snippets of scenes from “The Hobbit.”

That ought to give you an idea. Many people arrive in costume. In fact the event includes a costume contest. You can see children as young as three or four dressed as hobbits, or ents, or elves. 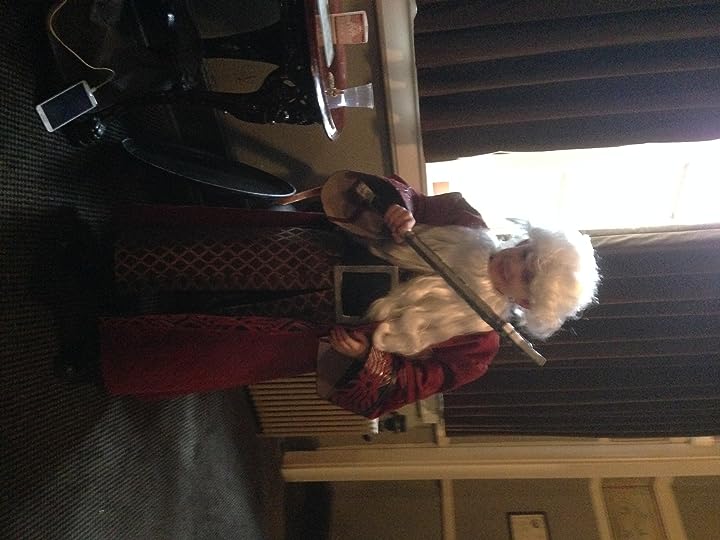 And that, I think, is amazing. I was considering that while ordering off the special Tolkien themed menu (I ordered Mrs. Maggot’s Shepherd’s Pie – excellent, though oddly shy of mushrooms.) Every year parents bring in their children to share their love of the Professor’s creation. And a new generation grows to appreciate it. What a legacy, an ever expanding legacy. So many authors produce a lauded work that fades from the popular imagination after a year or a decade. Some may endure in the memory of a generation. But only a signal few influence and entertain generation after generation, inspiring movies, celebrations of the author’s birth, art, costuming, imitations, games, etc. Alexandre Dumas, perhaps. Arthur Conan Doyle. A few others.

What would Tolkien think of this? Would he despair at this ‘deplorable cultus,’ disturbed by the commercialization, the films, toys, games, and merchandise? Would he consider it a form of idolatry? Or would he appreciate the fact that others take pleasure in the very thing he did when it was little more than a personal plaything, an imaginary history in which to set his invented languages?

Who can say? What I can say is that I will endeavor to pass along my enthusiasm for Middle-earth to the next generation. Maybe she’ll like it. Maybe she won’t. I won’t push it. But I’ll keep my fingers crossed.

And maybe I’ll see you at the Kennedy School for next year’s celebration. 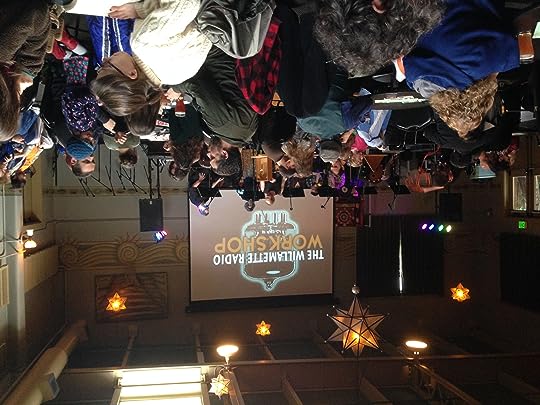