In a previous post I’ve written about the five Swords & Sorcery writers the novice reader should be familiar with. Let’s assume this imaginary individual has completed that introductory course of study and is ready to move on to the intermediate-level: S&S 201.

Because this is an intermediate-level course we will assume the student is better equipped to handle nuance and complications. Thus we can include Sword and Planet, AKA Planetary Romance, in the mix along with S&S proper.

This leads our student naturally enough to:

Edgar Rice Burroughs. The Dean of American science-fantasy. ERB is probably most famous for creating Tarzan. But he also dabbled in historical fiction (e.g., The Outlaw of Torn), straight action-adventure (e.g., The Mucker), and science-fiction (Carson of Venus.) For our purposes, we are interested primarily in John Carter, the perhaps immortal swordsman and soldier who wakes to find himself on the planet Mars, AKA Barsoom. Fantasy science replaces sorcery in this type of story, that generally also includes ancient races, dying or extinct, and the remains of long-abandoned cities, mysterious artifacts, and fantastic beasts and monsters to overcome. 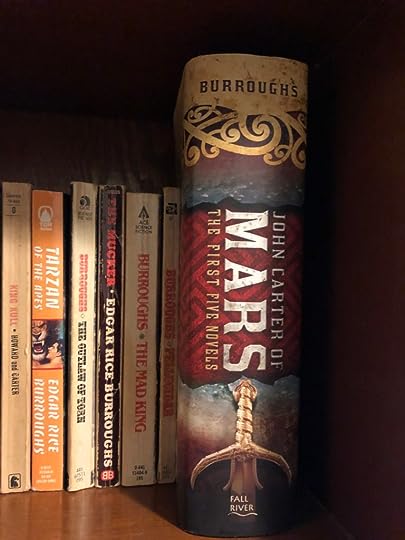 Leigh Brackett was an acolyte of ERB, as well as an accomplished writer of other genres. Her character Eric John Stark finds himself in adventures upon Barsoom-inspired worlds, though he himself was not cast from the same mold as John Carter. Brackett also wrote the excellent, Mars-based novel The Sword of Rhiannon, which hits most of the tropes of Sword and Planet. 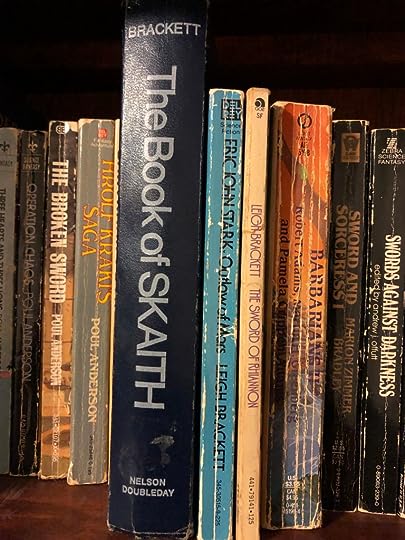 C.L. Moore also wrote in the Sword and Planet field, creating several stories featuring Northwest Smith. But for purposes of this course, we are concerned primarily with Jirel of Joiry, Moore’s S&S heroine. The lady of Joiry, a feudal estate in medieval France, is an armored, sword-wielding warrior who finds herself in perilous, other-worldly locales, fighting strange and bizarre monsters and demons, as well as the more mundane threats of earthly men. Moore’s prose is evocative, generating a sense of immersive unreality. 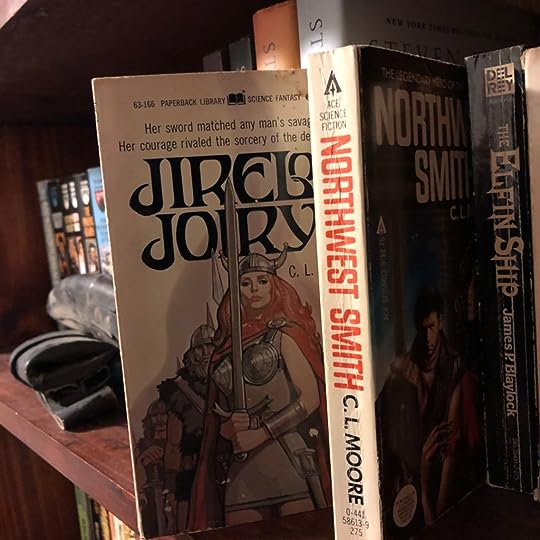 Poul Anderson was so prolific that it would have been surprising had he not written S&S. As it happened, he created two of the seminal works of the genre: The Broken Sword and Three Hearts and Three Lions. Broken Sword is just one of Anderson’s novels set in a semi-historical European North in which the creatures of Norse myth are real. It has a touch of that Northern Thing, and is thus somewhat dark, full of cursed, fatalistic characters. Three Hearts and Three Lions enjoys a lighter touch, and its prose is less mannered. But it too takes place in a semi-historical setting in which elves, dwarves, trolls, swan-mays, etc. are real. 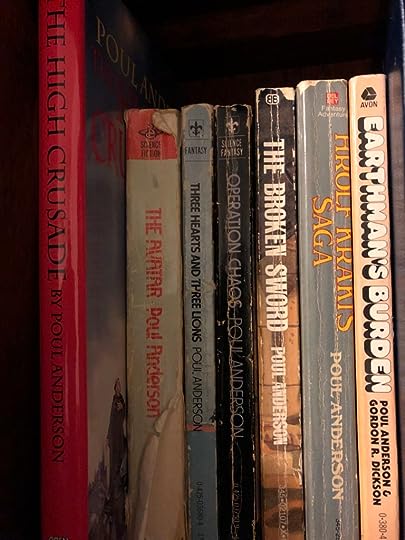 Limiting this to a mere five isn’t easy. I know I make it appear that way, with my smooth, facile assuredness. That is sheer skill, don’t let it fool you. But the point of this exercise isn’t to lead the student to my favorites. Instead it is to direct the student to important, influential writers in the field other than the five introductory writers. So, with that in mind I have to leave out a number of writers I truly enjoy and instead fill the fifth spot with one I’ve never really taken to.

Andre Norton was another prolific writer. She wrote volumes and volumes of fantasy, science-fiction, etc. She might be best known for her Witch World novels. These begin as a sort of portal fantasy, but later incorporate science-fiction in that comfortable manner that used to be common before segregation of genres became a de facto law of publishing. I might classify Norton’s output as primarily YA. 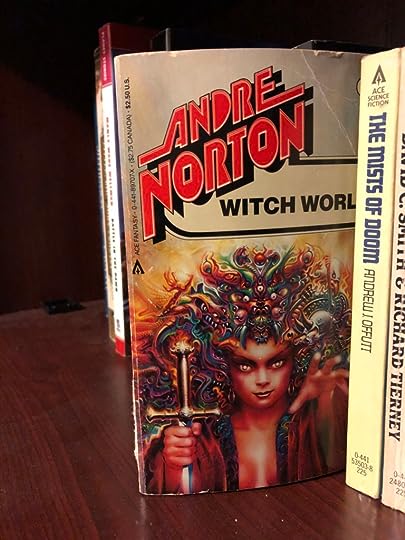 If any of these writers interest you, I have written about each in greater depth before. Feel free to read those posts for extra credit.

There you have it. Let’s just assume that anyone that didn’t make the cut is in consideration for the advanced course.